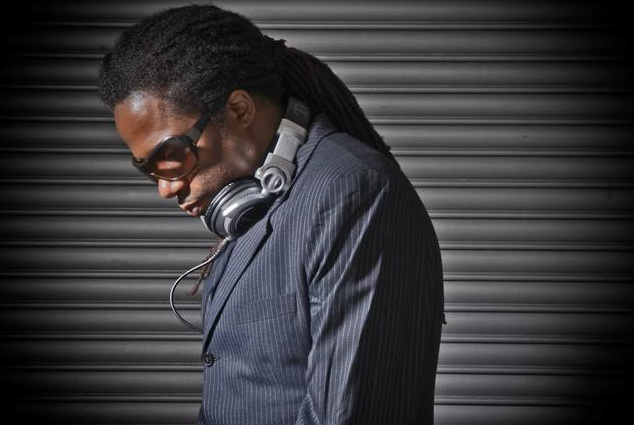 Having just played a storming set to thousands of clubbers as warm up for Faithless’ last ever show, and off the back of more strong singles and collaborations in the studio, Jonathan Ulysses is looking ahead to another great season as resident at Space, Ibiza.  At the club he will play the back room of Carl Cox with Pukka Up; some Judgement Sundays events and Monday’s Calling every other Monday as well as the odd slot at We Love on Sundays.

As well as that he will tour Europe including stops at The High Def Festival in Essex on the 18th of June and the City Parade Festival in Belgium on the 24th of June, whilst July will also see the man return to Brazil for the M.O.B festival in Sao Paolo from the 2nd to the 16th, so we thought it the perfect time to find out more…

How are you? What’s been keeping you busiest recently?
I have been keeping busy with my DJ work and my production. I have a track coming out on Suka Records called “Q Mas” what was made with DJ Lewi set for release on the 29th of May. I have two compilations coming out in June.  One with “ In House We Trust” due for release at the end of June. The other will be released alongside House session music of Germany, It will be called Jonathan Ulysses Presents The Ibiza Opening parties and the label will be releasing one of my tracks called “Its Time“ made with DJ Oliver Lang of Bora Bora and Producer Steve Haines.  I have also been preparing for the Space Opening Party in June and the Massive We Love Parties throughout the summer 2011.

Give us some tips for Ibiza places we may not know about?
My tip is to never leave home without your sunglasses, as you never know where you will end up after a crazy night out.  Always be prepared for the unexpected as Ibiza can always shock you with the villa parties or events that you would have never expected to find yourself.

How has the island changed over the years?
The Island has changed in many ways with new club nights starting up every season. With new buildings popping up by the day.  New promoters and different sounds and music every season.  I think a part of the freedom has gone with the authorities cutting down on the day parties and the police stop and searching holidaymakers everywhere.  I’m sure they are trying to cut down on the criminal element but I think it is wrong to hassle the wrong people. There is a slight part of a commercial side that has crept in with R.N.B artist now using house music as there main releases in Europe. I think that Ibiza has had a lot to do with this as the popularity of house music over the years has turned the little Island global.  There are a lot of people that travel further a field to get that Ibiza experience and this has changed part of the feel of the Island with more V.I.P and celebrities coming to Ibiza. But in the long run I think that island had grown from strength to strength over the years and will continue to do so over the next few years.

What’s your favourite eatery on the isle?
What sort of thing do they serve? My Favourite place to eat is Camp Pu Jol and Destinos in San Jose. Both eateries are of a very high quality in food and very exclusive restaurants. The staff are very friendly and very helpful with helping you select and great meal to begin a great night out. Ibiza is a great place for good and healthy food there are so many great places to meet friends eat and drink all types of different food from all over the globe.

What makes the place so special do you think?
I think is so special because the place has so much to offer to all people from all ages.  Not just the weather, the beaches, the clubs, the history, the DJs and the architecture but the honesty of the people that live on the island but from the real sprite that is on the island as soon as you step of the plane.  There is a real feeling of togetherness and wonder with the great atmospheric feeling that combines the music with and feeling of a journey to a great escape. You need another holiday once you return home. I love it.

Are you someone who likes to spend time on the beach?
I am not really a beach person to be honest but since having my son last year I have been exploring the beaches of the island like Sa Trinca, Cala Vadella, Sa Caleta las Salinas and Talamanca. They are so beautiful with great soft sand blue seas and beautiful babes running up and down the shore. Nice.

What is your DJ schedule looking like this year?
My DJ schedule is looking good. I have the Opening Party at Space coming up that is a massive gig I will be continuing my residency at Space and I will then be doing the We love parties on a Sunday throughout the summer. I will also be doing the back room of Carl Cox for Pukka Up. Some private Villa parties and Wild Obsession in Nassau Beach Ibiza.  I have many other bookings outside Ibiza. In B.C.M in Majorca. I have the High def Festival in Essex.  The City Parade Tour in Belgium and be continuing to tour around the UK Scotland and Wales.

Anyone you’d really like to warm-up for you haven’t yet?
There is not that many really.  I have played music alongside some of the greats. Eric Morello, Tony Humphries, Roger Sanchez, David Guetta, Steve Lawler, Sasha, Sven Vath, David Morales and many more.  But I would love to play music alongside Todd Terry, Frankie Knuckles, Grant Nelson and Carl Cox. I have met all the guys but never played music alongside them. I always seem to bump in to them in the airport while on my travels. I am sure that I will happen in the near future.

Are there many DJs that you would love to work with?
I like to work with some of the new talent that is around at the moment. Steve Haines, Ingo Starr, Prok and Fitch, Tristan Ingram, Grant Nader, Reza, Peter Brown, Oliver Lang, DJ Lewi and Filthy Rich. For me these guys are breaking boundaries and are the future of house music at the moment in my eyes. There sound is fresh and new and really on top of there game.

Do your DJ experiences feedback into your productions do you think?
Most defiantly. I have been in the studio recently with Prok and Fitch and the sound that we came out with in the studio was the sound that I really love play. The sound is up-tempo tech with a lot of drive and percussion drums pumping throughout the track. I love to play this sound and make this sound for the crowds that come to the club.   It really gives me a buzz and feeling of satisfaction. Reactions from the crowds are always of pure energy so I like to explore this sound the most.

What set up do you use in the studio – do you have all the tools you need?
Yes I have all the tools I need; I have a very good producer. His name is Steve Haines.  I have been working with him the last year on individual tracks and remixes and for me he is one of the most talented new producers on the scene with always being very considerate to what my needs and ideas are in the studio and not going of into his own world and forgetting that he is working in the studio with someone else.  We have made some great tracks in the last year and have just signed a track to Housesessions called  “ Its Time” and will continue to work with him in the near future.

What else you got coming up?
I have some compilations coming up with “In House We Trust” “Housesessions” and Hat Club I have releases coming out on Suka Records, Housesessions, and I have some unreleased tracks coming out later on in the summer, I have some big tours coming up in Brazil, Dubai, Australia, Russia and Asia and will continue with my Space residency.