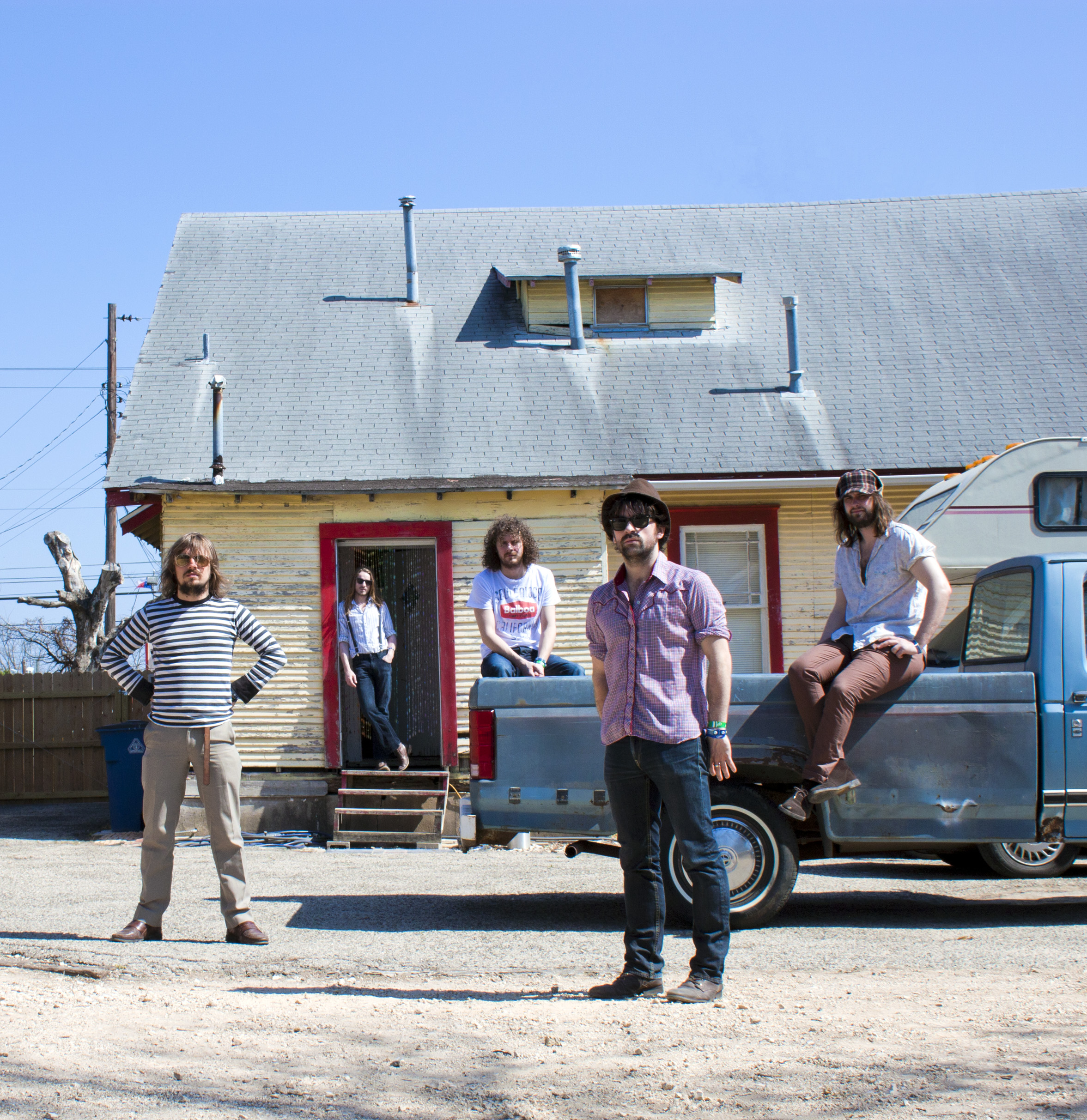 The Travelling Band came to Glasgow to play King Tut’s last weekend. Frontmen Adam Gorman and Jo Dudderidge took time out from their pre-show sound check to answer my questions.

GJ: Where did the name for the band come from?

AG: It was actually someone who’s not in the band. We were all in three different bands and we were all jamming with each other at the time. We had this idea to create a sort of Manchester super group and the Travelling Band just described what we were going to do.

GJ: I’ve seen your sound described as folk/ rock, nu-folk, crunk folk and others. How would you describe your music?

AG: I’ve tried to describe it a few times and it’s difficult. I’ve always liked crunk folk. It’s definitely a fusion with a darkness that makes it interesting – and great!

GJ: Your second album, Screaming Is Something, has just been released. How does it differ from your debut, Under The Pavement?

GJ: You recorded this one on the Isle of Mull, whereas the first was recorded in New York City. Was that different in any way?

JD: The first one was in the hustle and bustle of the Big Apple and the second in an old converted church miles from anywhere. It was a lot easier to concentrate and focus; the distractions in New York are never ending.

AG: Recording in such desolate and beautiful surroundings brought an element of calm to the process. Because we were controlling everything on the production side it was important for us to have that. When we made the first album we had a producer and an engineer who were very much directing things. Out of the two I prefer to record in seclusion.

GJ Reviews for the album have been pretty good so far. Are you pleased with them?

AG: Yes, I think people are starting to get it and they’ve been quite positive. But we try not to take two much notice because you can get a bad one too.

AG: It’s been great. All the gigs have been a lot of fun and we seem to be making new fans. People are enjoying the fact that our sound is developing quite a lot, and songs are changing as we tour. We have a lot of fans who don’t just come and see us in their own town but want to see what happens in other places too, how the songs change.

JD: We’re enjoying it. We’re going to be pretty much gigging for the rest of the year now and we’re happy to be out on the road.

GJ: You’re not playing Glastonbury this year, I hear, but you will be playing other festivals?

JD: We’re playing the Green Man Festival and a few others: 200 Trees, the Maverick Festival, Eastleigh and Standon Calling, We’re going to be busy!
AG: The Ramsbottom Festival will be a good one because that’s my home turf.

GJ: What does the future hold for The Travelling Band?

AG: Our day to day focus is on touring and promoting this album, but we are writing new material and working out what we want to do for the next record. We’ve got a bunch of songs already so we will try to get some time over the summer, maybe get a week away to do some jamming and develop them.

JD: We might even do an acoustic EP or something, as our sound has got pretty heavy on this tour, so it might be fun to do that and just release it through our website or on iTunes.

So there’s a lot to look forward to from The Travelling Band. And the gig was a great one!