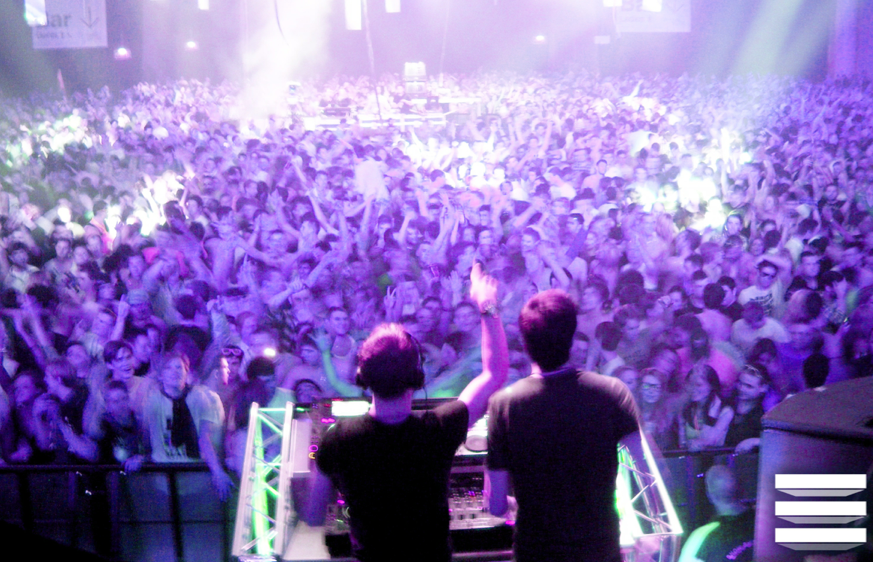 Third Party are making an appearance at the very now East Village in Shoreditch on Satuday, July 9th at the East End House Rules Summer party.

The two young producers recently supported the Swedish House Mafia at Alexander Palace – and the Essex duo are beginning to really make a name for themselves with their emotionally charged brand of house.

Catching the attention of Steve Angello with their track “Release”, it's been a great year for Third Party. Duel – their second release on Size – is as we speak smashing dance floors all over the world, as well as receiving radio support from the likes of Tiesto and Pete Tong.

We thought it's about time we caught up with the pair…

For those that don’t know who are Third Party, where are you from and how did you get the name?
We are from Essex and London, England. The name was just something we liked the sound and concept of. We wanted to keep everything as much about the music as possible so for us to be the “Third Party” seemed like a good idea.

You recently played Ally Pally and Pacha Ibiza supporting the Swedish House Mafia, what was that like?
Unbelievable! Quite literally. We still can’t believe how quickly things have taken off. It's an honour to go to those places and watch those guys so to be playing with them on the same stage is still something

What advice or tips have the Swedes given you?
Steve has just told us to continue making good tracks, plain and simple! I think that really is the best advice for young or new producers because if you’re music is good enough it will get heard by the right people eventually.

Do you prefer producing or DJing?
Without producing you wouldn't be touring (Djing) so we would have to say producing even though they're almost impossible to judge against each other.

What is your production set-up?
Very basic, laptop running Logic 9 with a good A/D converter, monitoring on KRK VXT6’s. Then lot’s and lot’s of plug-ins.

Where can people find out more about you?
For event’s and tracks you can find us at facebook.com/thirdpartymusic (link) and for the twitter fans you can follow us over at @thirdpartylive.

What does the next few months hold?
Our next track for Size should be coming out fairly soon which we are really hyped about, as well as some remixes for some big names. We’re also gonna be playing some amazing places this month like Arkadia Miami, Pacha Ibiza, Tomorrowland, Creamfields and of course House Rules in our home town!!! We’re also heading back out to Ibiza for the Masquerade motel another two times this summer which will be amazing!

You can find out more information about House Rules at the East Village by following this link.