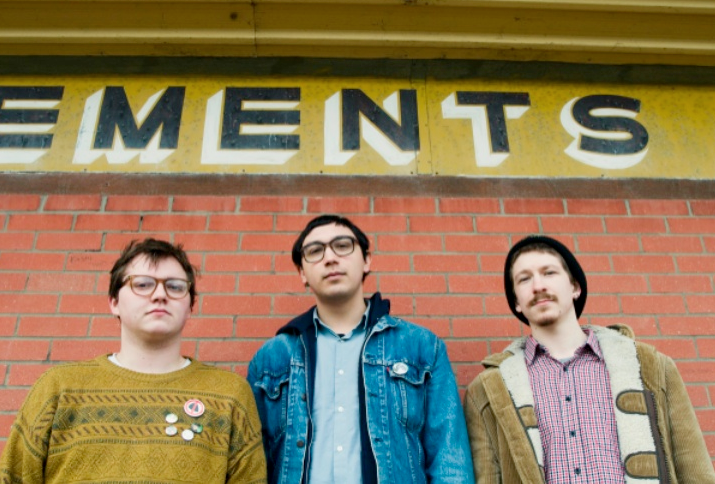 Let's Wrestle released their new single “If I Keep On Loving You” this week on Full Time Hobby – listen to it now above.

Ahead of their live show on August 13th at Yes Way, London – Glasswerk thought it wise to catch up with them…

Q: An alien lands on earth.  He doesn't really know much about bands/artists and that – as he's an alien.  How would you describe you and your music to said alien?
I don't know how I would communicate in the first place seeing as there would be a huge language difference. If they knew the English language they could well have learnt that from radio waves, therefore they may have already heard us and maybe not have know our name, I'd just put them on the guestlist.

Q: It's 2011, the year of the rabbit.  What's been your highlight of the year so far?  It doesn't have to be anything to do with rabbits.
I don't really know what the highlight has been I suppose the record coming out, that's boring, but I also don't keep a tally of good and bad days.

Q: God calls you up, and he's wanting to put on a show.  Being God and all – he doesn't really have time to choose bands, DJs or a venue.  He's put you in full control.  Also – again, him being God and all – you can choose anyone alive or dead – he's that good.  Who's playing and where?
The Beatles (Rubber Soul Era), The Byrds (Notorious Byrd Brothers Era), The Velvets (Self Titled, not And Nico Era) and The Beach Boys (Wild Honey Era) with us three and all of our friends DJing. It would be at The Bottletree in Birmingham, Alabama.

Q: What bands/artists are there around at the moment that people aren't listening to enough?  Any tips for future stardom?
Seeing as we're on tour at the moment we have been able to pick some really cool bands to play with and have played with some cool bands just by chance such as Weird Menace, Human Hair, Piskie Sits, Omi Palone, Sattelites Of Love as for other bands I recommend The Proper Ornaments, La La Vasquez, The German Measles and The Hairs.

Q: What's the rest of 2011 – it's the year of the rabbit, don't you know – got in store for you?
Touring some more and trying to get the 3rd album on the go – seeing as we are going to try and make it as grand as possible and not work as quick as usual.

Q: That alien from Q1 is back – he's just got his mitts on a computer, and he wants to find out more about you.  Where's the best place he can go to find out more?
Letswrestleblog.tumblr.com (Tumblr) – or our Facebook page – link.