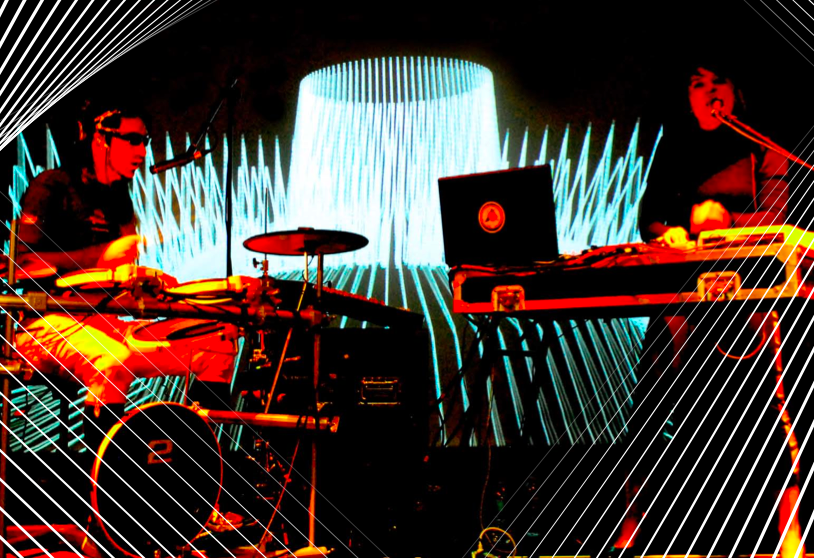 Miami Audio / Visual act organicArma are set to release their new album in the coming months, produced by Tom Middleton. Glasswerk thought we'd catch up with them to find out more…

Q: An alien lands on earth.  He doesn't really know much about bands/artists and that – as he's an alien.  How would you describe you and your music to said alien?
organicArma's music is our language. The integration of our lyrics, mechanical and bass-heavy sounds, Afro-american energetic rhythms are the expression of our message. And as for the Alien, if he has managed to travel on earth then he surely can use technology to his favour but he probably won't attack if we are performing…

Q: It's 2011, the year of the rabbit.  What's been your highlight of the year so far?  It doesn't have to be anything to do with rabbits.
We may be in the year of the rabbit, however, we are the years of Duality…the Rat & and the Horse. Under Duality made that life style possible and to finish the album and Live show was the highlight of this year. Now we are experiencing all the opportunities that come with it. Most importantly, playing great shows such as Secret Circus @ XOYO in London with Rob Da Bank and Mighty Mouse plus several festivals from the local scene in Miami.

Q: God calls you up, and he's wanting to put on a show.  Being God and all – he doesn't really have time to choose bands, DJs or a venue.  He's put you in full control.  Also – again, him being God and all – you can choose anyone alive or dead – he's that good.  Who's playing and where?
With or without God, this seems like a interesting event to imagine and create… The location would be Awarehouse (link) because it's in our hometown and all the parties there are demented.  It would be a festival driven by the fusion of visual, kinetic and multimedia art -much like the Sonar music festival-along with experimental live electronic music.  Musicians would include Modeselektor, Aphex Twin, Trentemoller, and Plastikman along with plenty of our local favourites.

Q: What bands/artists are there around at the moment that people aren't listening to enough?  Any tips for future stardom?
We think Miami has been a bit overlooked by way of electronic music.  There is a budding scene and an increasing number of collaborations amongst artists that is taking the music to the next level.  Artists to lookout for include Sounduo, Transoverload, Telekinetic Walrus, Mr. Feathers, Dave Betamax, Dusthead, Eden Grey, Beatmachines, Mr Pauer, and Elastic Bond.

Q: What's the rest of 2011 – it's the year of the rabbit, don't you know – got in store for you?
In September of this year we are releasing a remix album with organicArma tracks reworked by some greatly talented musicians and producers, most of which we have collaborated with on some level.  We are also back in the studio with a strong creative force beginning production on new material.  And finally, as always, we will be playing various live shows leading up to the grand finale of the year which is Miami's Art Basel, during which we will organise multi-sensory events centred around technologically-inspired art and live electronica.