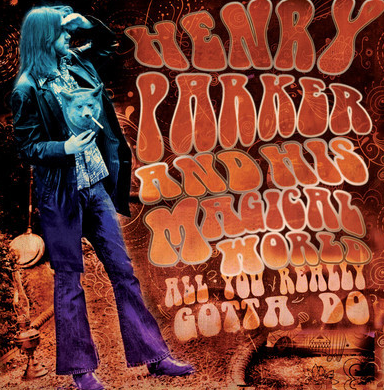 Wowing people with his retro, 60's rock sound, he releases his debut single “All You Really Gotta Do” on September 26th, taken from his debut EP Fire Burns My Soul – out October 2nd.

Glasswerk caught up with him below:

Q: An alien lands on earth.  He doesn't really know much about bands/artists and that – as he's an alien.  How would you describe you and your music to said alien?
Like a Pixie punching a dwarf in the mouth whilst fairies make eloquent love to the toaster of time whilst staring at the Pope’s stomach.

Q: It's 2011, the year of the rabbit.  What's been your highlight of the year so far?  It doesn't have to be anything to do with rabbits.
Recording an album.

Q: God calls you up, and he's wanting to put on a show.  Being God and all – he doesn't really have time to choose bands, DJs or a venue.  He's put you in full control.  Also – again, him being God and all – you can choose anyone alive or dead – he's that good.  Who's playing and where?
John Lennon, Elvis, Johnny Cash, Duane Allman and Jimi Hendrix would be there, also me as I'd love to have played with those guys. The concert would be held in a mansion on the moon as I'd like to go there as well.

Q: What bands / artists are there around at the moment that people aren't listening to enough?  Any tips for future stardom?
Well that’s really two questions isn't it? Firstly, Doyle Bramhall and The North Mississippi Allstars. Secondly. In answer to the future stardom question the best tip I’ve had is: ‘Always eat your vegetables’.

Q: That alien from Q1 is back – he's just got his mitts on a computer, and he wants to find out more about you.  Where's the best place he can go to find out more?
Well he could go out and buy a record or two (in case he lost one) as my website is on the back link, or he could add Henry Parker and his Magical World on Facebook if he has Facebook. For anymore personal details I suggest he phones my mother.