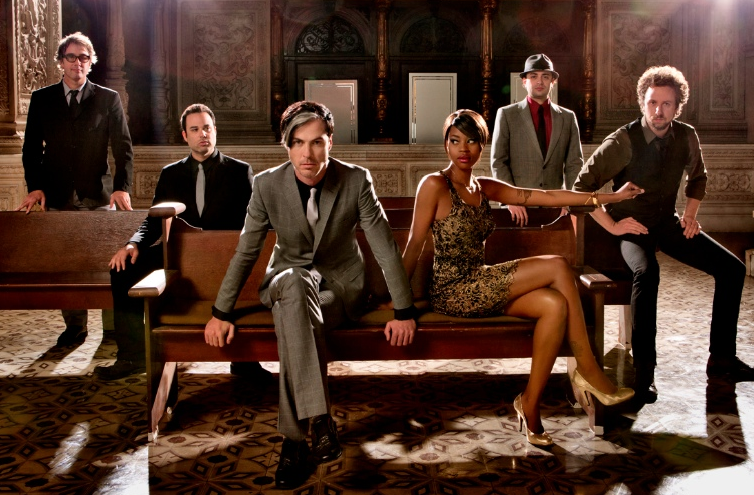 MSD Talks To Fitz & The Tantrums

US band Fitz & The Tantrums release their album Pickin' Up The Pieces on August 22nd.

Gathering approval from UK radio and print media, Glasswerk caught up with them below…

Q: An alien lands on earth.  He doesn't really know much about bands/artists and that – as he's an alien.  How would you describe you and your music to said alien?
First off – welcome to earth and please don't harvest our bodies for food. Thanks.  Our music makes you wanna dance.  It's soul music mixed with some 80's influences, hip hop and indie rock.

Q: It's 2011, the year of the rabbit.  What's been your highlight of the year so far?  It doesn't have to be anything to do with rabbits.
Playing at Lallapalooza in front of 25,000 people, that was just absolutely incredible.

Q: God calls you up, and he's wanting to put on a show.  Being God and all – he doesn't really have time to choose bands, DJs or a venue.  He's put you in full control.  Also – again, him being God and all – you can choose anyone alive or dead – he's that good.  Who's playing and where?
Pink Floyd on the moon. Otis redding in a club in A small club in Georgia. Jeff Buckley in his backyard.

Q: What bands/artists are there around at the moment that people aren't listening to enough?  Any tips for future stardom?
It's all about Stepdad in 2012!

Q: That alien from Q1 is back – he's just got his mitts on a computer, and he wants to find out more about you.  Where's the best place he can go to find out more?
Go to our website, fitzandthetrantrums.com (link). You can get a free download there as well and check out our tour dates. Our Facebook is facebook.com/fitzandthetantrums (link), and you can follow us on twitter via @fitzandtantrums.