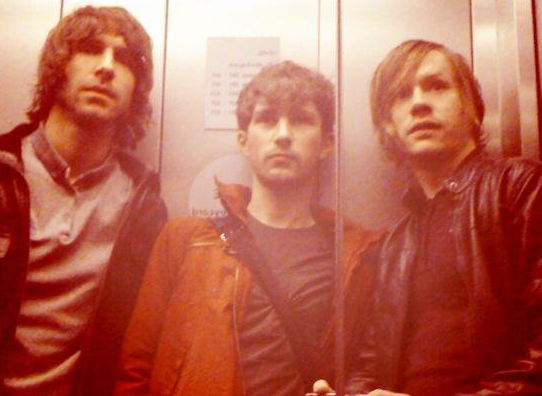 The single is the first to be taken from their debut album We Shall Start The Dance, released through Infuse, a division of the University of Hertfordshire's own record label UHRecordings.

Glasswerk caught up with them to find out more…

Q: An alien lands on earth.  He doesn't really know much about bands/artists and that – as he's an alien.  How would you describe you and your music to said alien?
Tom: Do aliens like music? Maybe the mention of music to them does what water did to the aliens in the movie Signs, maybe if we mentioned music to Mr Alien they would implode? If Mr Alien happens to be the Tony Blackburn of outer space then I would say Cardinal Jack were an infusion of rock/pop/indie/dance mayhem. Plenty going on-verging on raucous at times!
Paul: Through the medium of expressive dance.

Q: It's 2011, the year of the rabbit.  What's been your highlight of the year so far?  It doesn't have to be anything to do with rabbits.
Tom: Watching Paul play a gig with a corset on. He couldn't move from the spot he was on-to the outsider it must have looked like he'd never played a gig before. (Paul's defence: I had a slipped disc  – I should have been horizontal really)
Paul: Finally getting my hands on Tom's corset.
Mark: Being serious – Getting a physical copy of the album in our hands was pretty good.
Tom: Agreed. ‘Green Eyed Boy' is also pretty special.

Q: God calls you up, and he's wanting to put on a show.  Being God and all – he doesn't really have time to choose bands, DJs or a venue.  He's put you in full control.  Also – again, him being God and all – you can choose anyone alive or dead – he's that good.  Who's playing and where?
Tom: Deep Purple, Kate Bush, The Police
Paul: The Beatles (Hamburg line-up) The Police (pre nose job) Terry Reid
Mark: The Smiths

Q: What bands/artists are there around at the moment that people aren't listening to enough?  Any tips for future stardom?
Tom: Man Alive by Everything Everything is such a good album. Saw them live a few months ago-top stuff. Field Music/School Of Language need to be heard more.
Paul: Us!
Mark: James Blake

Q: What's the rest of 2011 – it's the year of the rabbit, don't you know – got in store for you?
'Green Eyed Boy' single out in September. The album 'We Shall Start The Dance' out in November and hopefully an appearance on 'Celebrity Come Dine With Me' by the end of the year.