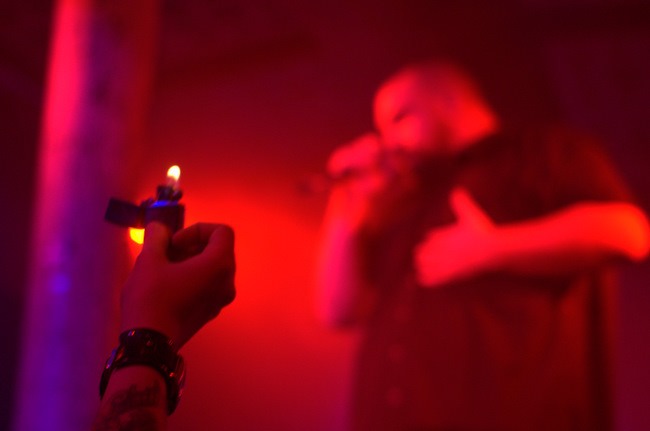 B Dolan is a rare artist, not only in terms of the way he vents his obvious and underrated talent, he cares about social issues and is not prepared to hold back. Furthermore he is humble, successful, talented and completely unpretentious. Many more positive attributes can be added, look below to the questions posed by Glasswerk.co.uk

Michael Davis: An alien lands on earth. He doesn't really know much about bands/artists and that – as he's an alien. How would you describe you and your music to said alien?

B Dolan: Describing myself and my music would be the absolute last thing I would be concerned with in this situation. There's so much we need to cover- and quickly- to make sure he's not some kind of advance scout for a hostile alien army. After that we've got to figure out a way to communicate I guess, and then some kind of basic knowledge base… christ. This is a lot.

Anyway, I figure that after awhile, if he can manage to survive and the government doesn't come and take him away for dissection at Area 51… I'll just teach him to use the internet and read my wikipedia page.

MD: It's 2011, the year of the rabbit. What's been your highlight of the year so far? It doesn't have to be anything to do with rabbits.

The undeniable highlight of the year so far has been the Church of Love & Ruin tour, which we put together this past February. It was the most ambitious performance I've ever put on by far, and featured over 30 performers. We brought a 16 piece marching band, the incredible New Orleans Bounce emcee Vockah Redu, drag queens, burlesque performers, and myself to audiences in New York, Providence, Boston, and Maine. The results were something no one involved will ever forget. We'll be releasing a DVD of that within the next year most likely.

MD: God calls you up, and he's wanting to put on a show. Being God and all – he doesn't really have time to choose bands, DJs or a venue. He's put you in full control. Also – again, him being God and all – you can choose anyone alive or dead – he's that good. Who's playing and where?

Then there's like a little soundproof concrete building behind the main stage with a capacity of 200 people. In there I'll have Bruce Springsteen, Donny Hathaway, John Lee Hooker, and more.

We'll all enjoy the most bitching festival ever, and then ask God why he let the holocaust happen.

MD: What bands/artists are there around at the moment that people aren't listening to enough? Any tips for future stardom?

BD: I have no tips for future stardom, as I have no stardom. All I have is the grind, which I owe everything to. My tip is to grind until you're dead. The success gained from it is hard-earned, but it's more permanent than what “buzz” produces.

As for who's good, I'm really anticipating new albums this year from Dan le sac, Cecil Otter, and Scroobius Pip. I'm obviously biased, but I still believe the folks on my label are some of the most underrated cats in music. Strange Famous Records is a diamond in the rough that more people should be up on.

BD: I'll be touring for the next two months and spending a month recording material in the UK for some upcoming releases. I'm beyond excited for people to hear the new songs, and they've been killing at live shows. I'm definitely feeling inspired and excited about work.

BD: BDOLAN.NET is the clearinghouse for information from now on. Again I just think this alien's priorities are fucked, but I'll be grateful if he buys some merch and supports the cause.

The questions changed a little to reflect his political grindings.

Jonathan Nicholson: I have seen that you are involved with the knowmore.org campaign (co-founded with Sage Francis). Is this issue, of corporate control of the political system, the most troubling to you at the moment?

BD: In a lot of ways it is, yes. I see almost all of the other problems that people are dealing with tied directly back to corporate control of politics. It's the reason we can't change things that are so obviously destructive to us. Our interests are almost completely absent from the political process at this point, because we can't provide politicians with what they need to win at this point. What they need isn't our votes; they just need enough money to buy them.

JN: Is this a campaign to reform or to overthrow capitalism?

BD: It's a campaign to reform or overthrow corporations. What we have at the moment is barely capitalism. It's a corporate welfare state where the government keeps it's finger on the scale in favor of big business and multinationals.

JN: Is it more important to have grass-roots movements than party-political movements?

BD: It's important that party-political movements not be confused with grass-roots movements. The US political system is completely dominated at this point by two corporate owned center-right parties. Grass-roots movements and third parties never are allowed to get more than a tenuous leg up, and Republicans and Democrats sort of just pass the baton back and forth while staying the course.

Grass-roots movements are certainly the last bastion of democracy at this point, and they're endangered to say the least.

JN: Are you involved with any other sort of political activity?

BD: I'm a big believer in the personal being political. It's a political act these days to be an independent musician. In some ways it's political when people come together at my shows to talk about and experience the kind of show they do. In addition to that I'm usually active working for campaigns during the political season, and promoting the causes and information I find relevant to my fanbase continually.

BD: Ethical consumerism cannot control corporations. The problem is well beyond that at this point, and in fact individual responsibility is something industry loves to hide behind. Sure, if we all recycled, it can make a difference to the environment… but how much more of a difference could be made with the passing of legislation causing the world's largest polluters to recycle? At this stage in the game, we need global regulation of corporations.

JN: In the UK there has been political activism about the government cuts to the public sector (the NHS, education and welfare), but little in the way of reforms and taxation on the big corporations. What do you think of this?

BD: It's the same old story everywhere you go. Rights are slowly reclassified as privileges, privileges are slowly privatized. More and more people are left out in the cold, and more and more imbalance appears between the rich and poor. When these things reach a breaking point, the situation explodes and everyone asks 'Why?'

JN: Some direct action in the UK has also taken place – The Free Hetherington at the University of Glasgow, numerous other student occupations at other universities and demonstrations about cuts to courses and increases in tuition fees, occupations of stores and banks which evade tax in London and other cities in the UK. What are your feelings on direct action? Do you think that there are limits to direct action?

BD: Direct Action is the last best tool people have, in my opinion. It worked for Dr. King, and it worked for Gandhi and countless others. It continues to work in the Middle East and we've seen that this year as well. I'm a strong endorser of direct action.

JN: Do you feel it is important, as an artist, to use your position to highlight the cause of people who are otherwise unable to speak out?

Thanks for the interview, and see you at the show!