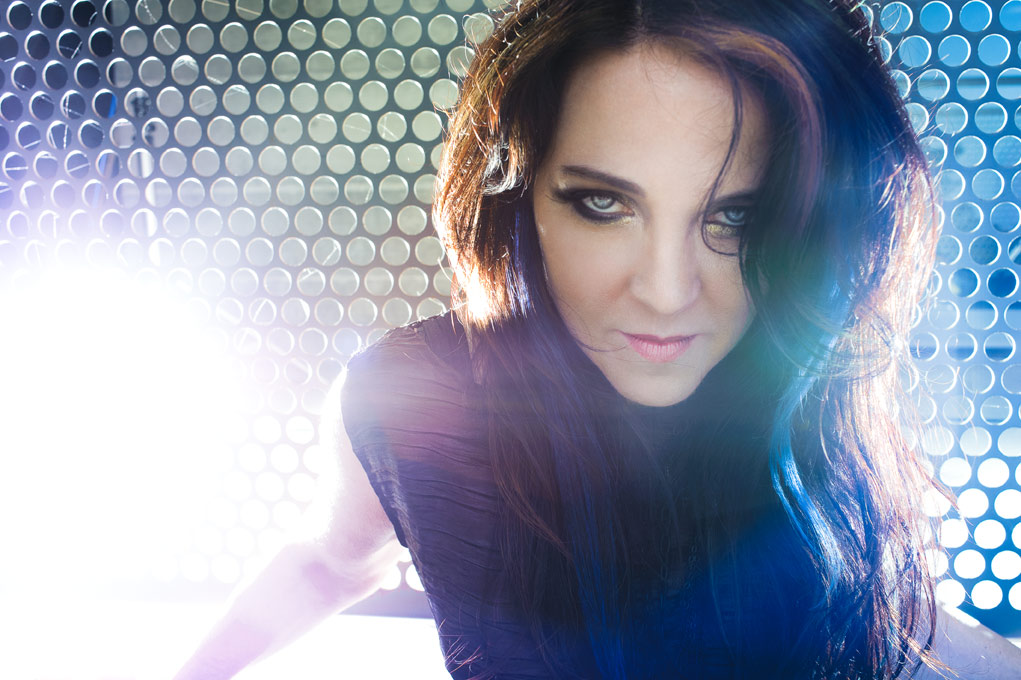 Getting the chance to interview Collide on each album release is often a joy, and there is no time like the present – So we are at it again, Banging on the creative door to kaRIN and Statik’s minds – demanding answers, truths and generally as much of their attention as we can get.

They have just released their latest studio album “Counting To Zero” and now they discuss working on the material, being fussy, remix albums, today’s music scene and cleaning fish tanks!

Counting To Zero is here – How do you both keep such a fresh and healthy working relationship with both each other and with coming up with new material?
kaRIN: Hmmmmmmmmmmm…It is never easy…I wish it was easy. We just try to make music that we can both bear to listen to and our standards are high.
Statik: When we’re working on music we try to keep things as positive as we can. We’re both going for the same goal, which is just making things the best we can. The problem is that sometimes it’s just not that easy. kaRIN might not like something I’m doing musically, and I might not like something she’s doing. If we both end up liking whatever we’re working on, we’re doing good.

So what new ideas have you been tinkering with this time round?
kaRIN: For me, it is just letting myself get inside the music and pulling out pure emotions and doing it in an interesting way.
Statik: I just try to keep myself entertained…try not to repeat myself from song to song, or what we’ve done in the past. I don’t know if I have any “new ideas”, but I just try to make a decent song with some cool sounds. I’m really hard to please though and very picky about what I like, so it’s an ongoing challenge.
kaRIN: Yes, a good word from Statik might be…”I don’t hate it”, then you know it’s going well.

I’d say this album is quite heavy in the electronic department this time round, compared to the past. Statik any comments about your approach to the sound?
Statik: So it sounds more electronic? It sounds weird, but I never really know how people will perceive a song. I guess there are some sounds where the keyboards kind of sound like guitars, which I’m kind of fond of…like in Mind Games, or the solo in Lucky 13. Overall, I think we have just as many (or few) live instruments as ever…so..I don’t know. I wouldn’t want our songs to be without a heavy electronic element though, that’s for sure or too many live instruments…I’d get bored right away with that.

I’m always curious as to where you get the tiles of your albums from. What can you tell us about “Counting to Zero”?
kaRIN: We take the name from the words in the songs and write a list of them down to see which one feels right.
Statik: I think he means what does “Counting to Zero” actually mean? I don’t actually know what some of your lyrics mean sometime. I just liked the idea of counting to zero. Go ahead and count to zero. ready…go. Ok, you’re done. I’m not sure if you can’t do it, or just say zero, and your done. Either way, it’s not something you normally do.
kaRIN: Ohhh… something abstract about the end and the beginning. I like abstract BIG picture things. Things that can’t be pegged down too much.

Now you both tend to work apart: Statik on music, Karin on the lyrics and vocal work… is this still the case?
kaRIN: Yes, that is still the case… I would like to work together more live as that is fun, but not really always the most productive. As in, I can easily just throw out words and vocal melodies to anything I hear, but it is not always as good as it can be without proper development and then on the flip side sometimes the first capture is the best and most pure and you can never get it back again.
Statik: We’ve tried to work a bit more together, but I can become too attached to melodies that she comes up with, and won’t want to sacrifice that for a change in words…and that irritates kaRIN. And then later, if kaRIN wants to change the melody for the sake of getting some other words to fit, or making up words all together, that will irritate me. Overall, we just try to limit irritating things.

Despite this process, do either of you lay down criticism of each other’s work (I.E. Would Statik ever say lyrics need work, or would kaRIN give criticism on the music?)
kaRIN: All the time. I don’t think Statik hardly likes anything until he gets in there and messes around with it himself…so I translate it to nothing is good enough and I will re-write the song. That happens all the time.
Statik: (laughs out loud) We both have pretty strong opinions on things. I don’t think we have a problem saying what we think about what the other is doing. It’s just about trying to be respectful, and saying what you think in a way that doesn’t sound too negative.
kaRIN: Ummm… I think I am much less critical. I take the music for what it is and it’s my challenge to bring something that I like out of it. Sometimes though I have a hard time pulling what I like out of it.

Once the album is out – do you intend to pursue live performances – it seems to have been a while since you went down this road?
kaRIN: No plans to play live at this time. It is one of those things, we are so short on time and totally obsessed with making music. When we are working on a CD it is all consuming and even frustrating because the amount of time needed takes over your life. As soon as we are done though, we both want to work on something new. It is an obsession, in order for the live thing to get in the way of that it would have to be the right situation. I have come to understand that in myself there is definitely a difference between being an artist and a performer. I want to create things that can be a completed art form. I do not necessarily want to entertain…and although I think I could be entertaining for a short amount of time, I think my stamina for it would have a short fuse and I would burn out.

Outside of the music are you still creating art in other mediums? (Jeweller, paint etc)?
kaRIN: Yes, completely obsessed with all things artistic…just not enough time in the day.
Statik: This is probably the time to post something about your Saints & Sinners website..so here it is.
[