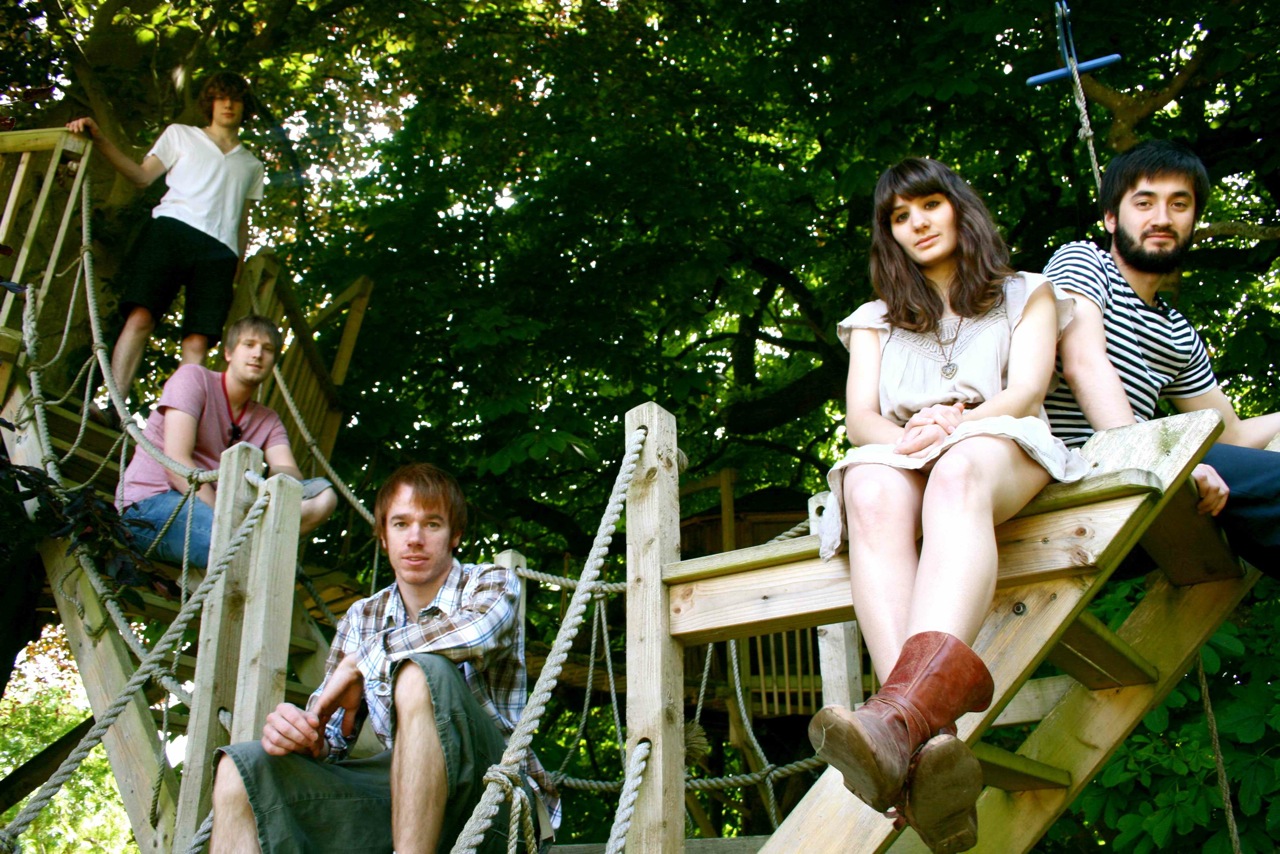 Glasswerk talk to Ellen and The Escapades

Delicate, bitter-sweet and soul searching are some of the words usually associated with the music of alt folk/rock quintet Ellen and the Escapades. Glasswerk caught up with them before their hotly anticipated headline show at London’s The Bowery on Tuesday 4th October.

Q: An alien lands on earth. He doesn't really know much about bands/artists and that – as he's an alien. How would you describe you and your music to said alien?

Ellen: I don’t know, maybe he wouldn't speak English? I'd just give him a peace sign and play him a tune. I reckon all the denim and plaid would give it away…and the beards.

James: Given that this alien doesn't really know much about music, I would probably sit him down in front of the Classic Album series and then show him some music books I used my music degree. Hopefully he's a clever one and will just be able to scan through everything, a bit like Jonny 5 in Short Circuit. After a few theory lessons and perhaps a quick lesson on piano, I might not have to explain anything about our music.

Q: It's 2011, the year of the rabbit. What's been your highlight of the year so far? It doesn't have to be anything to do with rabbits.

Ellen: There have been a whole bunch of highlights. We just got back from Green Man Festival and that was amazing.

James: There’s been a fair few highlights so far this year. Most of them don’t concern rabbits though (which is disappointing). We’ve played a whole bunch of great festivals. As Ellen said, we recently did Green Man and had an amazing response there. Such a beautiful festival. I think the most exciting thing we are doing is recording our debut album. None of us have done an album before, and we are now getting really anxious to release it. Can’t wait to get it out there in 2012.

Q: God calls you up, and he's wanting to put on a show. Being God and all – he doesn't really have time to choose bands, DJs or a venue. He's put you in full control. Also – again, him being God and all – you can choose anyone alive or dead – he's that good. Who's playing and where?

Ellen: Well, I'd have Ryan Adams, and George Harrison at the Grand Theatre in Leeds – that'd be a pretty cool. Right on my door step too.

James: This is a difficult question. I think I would just run a whole host of different shows that would cater to different music styles. I’ve always wanted to see Beck, and missed out on Foo Fighters tickets earlier in the year so they both would be thrown in the equation for sure. A bit of Tom Waits wouldn't go a miss either. I reckon I would hold it at some kind of natural amphitheatre. The setting would have to be stunning. I should start looking into all of this… It’s going to take a bit of planning.

Q: What bands/artists are there around at the moment that people aren't listening to enough? Any tips for future stardom?

Ellen: We saw The Low Anthem at Green Man and they were stunning. I think you should check them out if you haven't already – they were the highlight of the festival for me. Also, check out Michael Kiwanuka – he's got a great soul voice and songs – perfect for a sunny afternoon.

Ellen: Well, we're gonna finish recording the album… and then we're gonna release a single and do some touring. We have a couple of other festivals to do too, which will be fun. I’m really looking forward to playing Bestival soon.

James: We’ll be setting up a Pledge Music campaign for our album too – so we can actually afford to release it! If you’re not familiar with Pledge, definintely have a look at their website – link. There are some great acts working with them. This autumn we’re releasing a single called ‘When The Tide Creeps In’ and will be touring on and off until Christmas supporting that.

James: Our website link is a great place to go. We always update the site so anything you want to know will no doubt be on there. The best thing to do it sign up to our mailing list though – that way you can learn about everything and get free goodies! All alien friendly too.