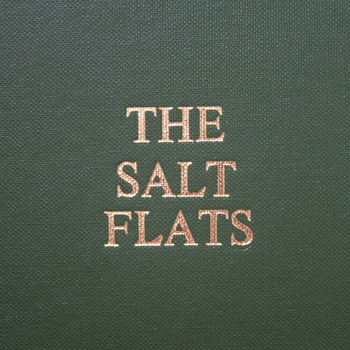 Your new offering is an EP of Fleetwood Mac songs, how did you guys decide what songs you wanted to cover?

Once we decided on the Fleetwood Mac theme it was quite easy. We always wanted the vocals to be central on these so it was a matter of choosing songs that Katie and Cara’s harmonies could work well with and there were a couple that they really wanted to try.

Were there any songs that you would have liked to include but that didn’t quite make it?

We’ve actually done some work on a version of “Tusk” but when we narrowed things down the EP we concentrated on those. The story behind “Tusk” and the band’s meltdown was one of the things that got us thinking about Fleetwood Mac songs in the first place. So maybe we’ll get a Brass band in to finish that one day.

When recording covers how do you approach it to make the songs your own? Do you feel any pressure to stick close to the original?

Sometimes we use the original as source for the words and lead melody, but change the whole feel, tempo and arrangement quite dramatically. With this EP I think we remained fairly faithful to the song structures. The songs themselves flow and work really well, so it was more about using that outline and filling it with different colours from the instruments we decided to use.

You guys have used some really interesting and unusual instrumentation on this EP – talk us through that.

I think some of them have now become a core part of our sound. We’ll often start out with Omnichord, old synths and rhythm boxes and then use accordion and harmonium to build up momentum.

The Omnichord is great for feeding through effects to make little loops and both it and the Melodica provide the background atmosphere on songs like “Never Going Back Again”. We’ve tried to blend similar sounds too, sometimes we’ll have a whistle and Recorders playing with melotron flutes or autoharp with plucked piano strings.

In “Big Love” we started out with a bit of a Balkan feel and we gradually drifted eastwards. So made sense to try an Armenian/middle-eastern reed instrument called the Duduk. With the Harmonium it just gives the whole song a different feeling.

There’s also lots of percussion and several tracks have Cajon or even Cardboard boxes played with brushes to add to the more conventional drum setup. So part of the fun is the experimentation, using more traditional instruments in a different way, but it’s important to make sure the song still works as a song.

Will you be including these songs in your live set too?

We played our first concert at the Belfast Festival recently and “Never Going Back Again” was in the set but it’s important to balance the Fleetwood Mac theme with songs from the first EP and newer additions, so just one in the set for now.

If you had to record another EP of any other bands songs (other than Fleetwood Mac) who would
it be?

We would consider more EP’s focussing on one artist. It can be difficult finding 4 songs from the same group that suit. Suggestions so far have ranged from Gram Parsons to the Travelling Wilburys but exploring the Fairport Convention songbook could be a possibility.

What are some of the best cover versions out there in your opinion?

That’s a difficult one. I always loved The Sundays’ cover of The Rolling Stones’ “Wild Horses” and there’s something really special about Robert Wyatt’s version of “Shipbuilding” by Elvis Costello. The all-time favourite probably has to be Peggy Lee’s take on “Sittin’ On The Dock of the Bay”, the drums on that are just amazing.

Do you have plans to record any more original material soon?

We’ll be recording in the new year so there’ll be several new songs soon.

We played a version of Neutral Milk Hotel’s “In The Aeroplane Over The Sea” live which we’d really like to record and I think we’re going to try Fairport Convention’s “Si Tu Dois Partir”, there’s scope on that for a few guests for crowd vocals. That could be a lot of fun.

So a mix of songs old and new, like the first EP.

If you could pick any band or artist to cover The Salt Flats who would it be?

I think each member would answer that differently! But in terms of the vocal harmonies and layers in each song i’d love My Bloody Valentine to have a go….