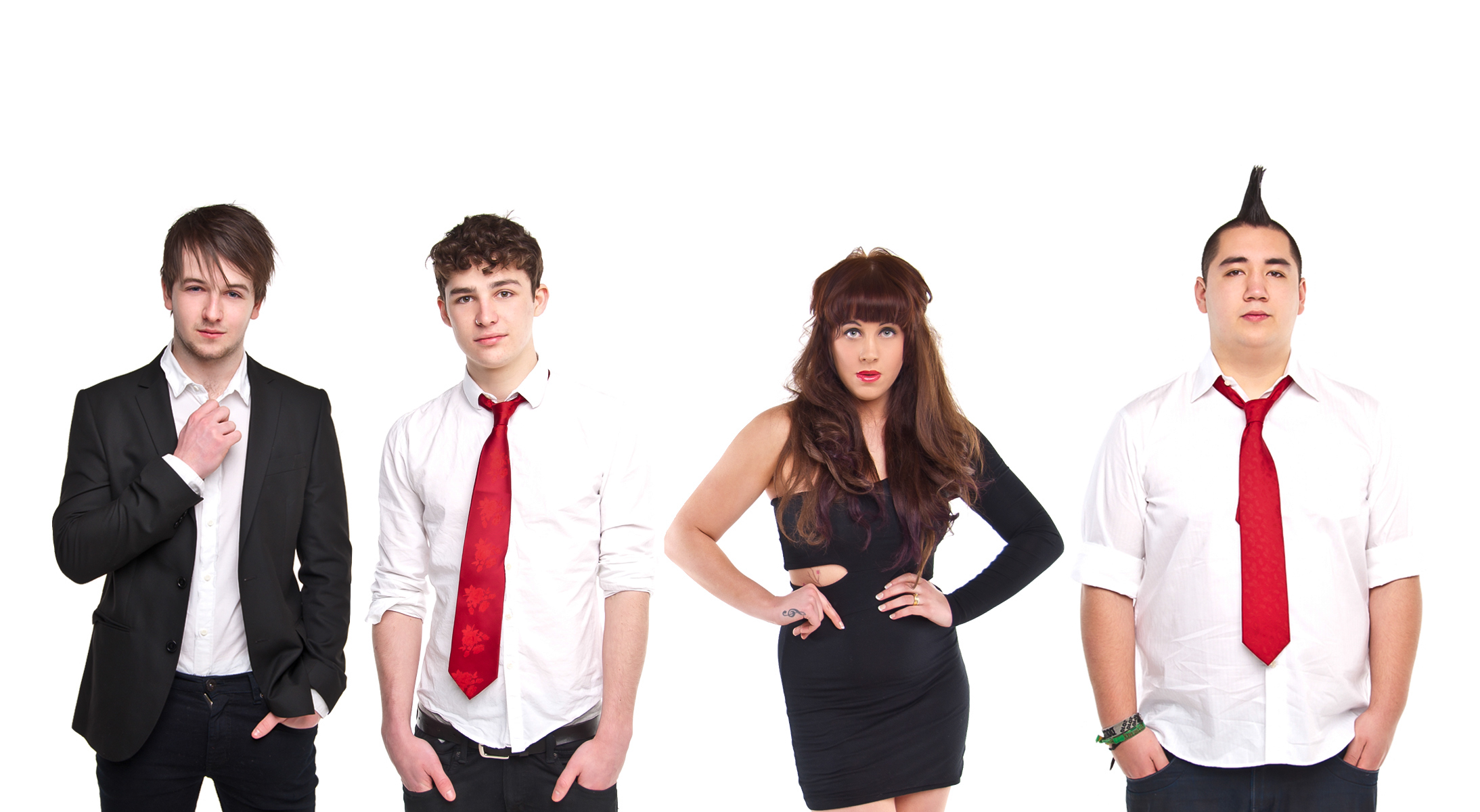 The new single from Derby rockers BuryTheLadybird comes out today – and with a new album also in the works they are heading for the big time. I managed to get a few words with the band amidst their heavy schedule.

BTL: The band started in 2009 as a five-piece funk band, but as a young school band it was never really serious. As we matured as musicians our music began adapting into what it is today. But, as many musicians know, when you drastically begin to change what you play as a band and mature as people you unfortunately lose band members through musical and personal differences. When we came together with this line up it just felt right, like when you find the perfect pair of jeans and they fit perfectly (you must know that feeling right?). We're now best friends and musically we're all on the same page, it's a very crazy page but nevertheless we're all there!

And where did the name come from? It’s certainly different and memorable!

BTL: It was a joke that, to be honest, we could not be bothered to change – but we like to somehow believe that it has grown to have some form of metaphorical meaning which will be explained when the album is released. Our name as a band has always made us stick out from the crowd, we don't know if that's for good reasons or bad, but either way you remember it. Our fans and us as a band have grown to love the name. When we release the album I think fans and critics will be surprised at the meaning behind the name when we all write about it in our album. We can't tell you about it all now because then you won't find out when you buy the album! If there was no suspense or mystery behind music then the art behind it would all vanish.

We’ve featured the video of your new single, This Isn’t Me on Glasswerk. What can you tell us about the song?

Tig: The lyrics I write are all about things that have happened to me as I've grown up, I've made loads of silly naive mistakes as you do as a teenager. Frank Sinatra said that “he always tells stories of his life through the power of music” – ‘This Isn't Me’ was based on my first serious relationship when I left school and it wasn't a great relationship, but I believed that this was how it worked as adults until I started turning into a liar and lying about the tiniest of things to avoid conflict. To me it's just an honest story on how relationships can mould you into something that isn't you.

And work is underway on your debut album? What is that one going to sound like?

BTL: The album is going to be rock 'n' roll filled stories about your first break-up, first love, first time (if you know what we mean…) , about change. If you want pop and pretty lyrics then this album won’t be for you, but if you want honesty, guitar solos and traditional classic rock vocals then this album needs to be in your life.

Will we see you out on tour across the UK to promote the album?

BTL: Yes, watch this space! We've already started the planning of the parties. If you're gonna do it, you gotta do it big! We are in talks with a booking agent at the moment and will be hitting all the major towns and cities, London, Manchester, Birmingham, Liverpool, would love to make it up to Scotland. So we will let you know when it’s organised. We haven’t toured before so we are really excited about it, Matt and Tig have been picking our tour vans with big TVs.

Nothing we can announce just yet, but we're all going to many festivals across the season. Download is very much our favourite, maybe one day we will get to play it! We love to go out together as a band and see as many gigs as we can.

And what does the future hold for BuryTheLadybird?

Well a psychic told us today that we will be successful in 18 months… so hopefully she's right! We are in the studio at the moment finishing the album. It's coming along fantastic, we are really looking forward to letting everyone hear it. In the meantime we are shooting another video for the next single release, which will be in July. As a band we have given everything else up to follow this dream. We love what we do and we are giving it our all to make it a success. We’re very poor – but very happy.