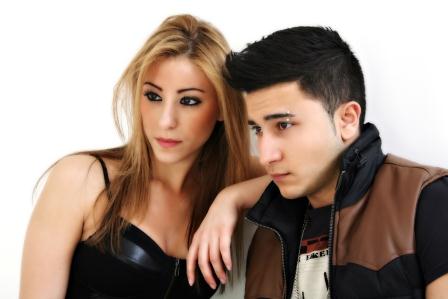 SD-JEM have a lively pop sound that has elements of R&B and hip hop in there too. The duo – Shanel Jemal and Denis Jemal – are about to release their first single and have already received some great press in the urban pop world.

The duo took some time out to answer a few questions for Glasswerk.

Tell us all about SD-JEM. I think I’ve worked out where the name comes from!

Your first single Roll With Me comes out next month. What can you tell us about the song?

Roll With Me, is an urban pop song with a hint of dubstep. It's about having fun, letting go and getting the crowd to join us.

And is there an album in the works?

Yes, We're currently in the process of finishing the album. We're putting our all into making each song sound different from the last, with a new twist.

Do you guys argue a lot – let’s face it, most siblings do?

Like any brother and sister we have our squabbles but we never argue seriously. It's hard to disagree on a lot of things because we think alike, that’s probably why we work so well together.

You’ve been out on tour with Cher Lloyd over the past few weeks. How has that been?

Touring with Cher was an amazing experience for us as we've never played at those kinds of venues before so it was all very new to us. We had such a great time at each gig performing to brilliant fans and meeting lots of people at the end of each night. It was also fun being backstage and having a laugh with everyone else involved in the tour.

Have you got any further tours or festival dates ahead?

We are about to start our UK Club tour which we are really looking forward to as we get the opportunity to go back to a lot of the cities that we performed at on Cher's Tour.

And what happens next for SD-JEM?

Our single Roll With Me is being released on 20th May so leading into that we have lots of promotion work and club bookings as part of our club tour. It’s all very exciting!