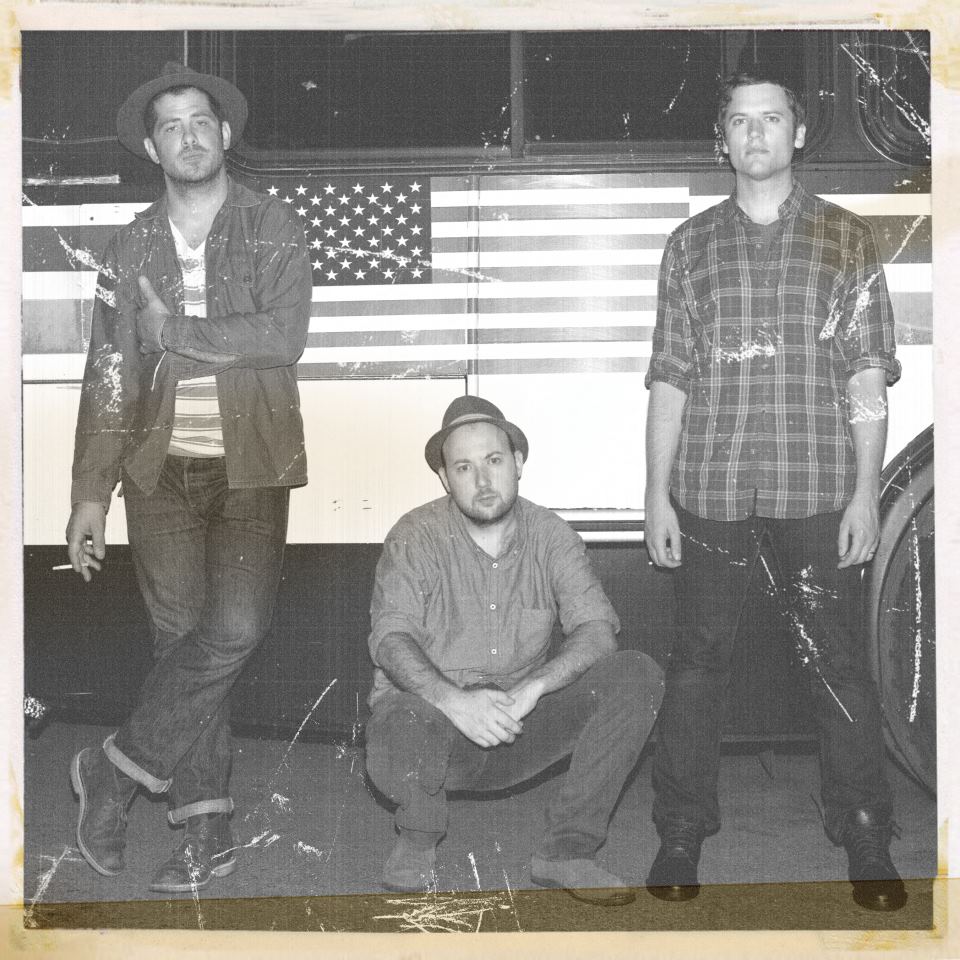 Chatting With We Are Augustines

On the day of the last show of their UK tour I caught up with Billy McCarthy, Eric Sanderson and Rob Allen in their dressing room at the ABC in Glasgow. We talked about the whole story of We Are Augustines and their music.

BM: Eric and I met about ten years ago and we started a band called Pela. We took that project as far as we could go; then when the project ended it left an unfinished record. The other band members went on to start new projects and have families, so Eric and I stayed with the songs and saw them to fruition. That was about two and a half years ago.

I was trying to get the timeline straight in my head. The album was released digitally last year but over here it only came out recently?

BM: We’ve ended up with a staggered release. Last summer we released in the United States but just a couple of months ago here in the UK and then France next month.

And where does the band name come from?

BM: Eric and I were both born in August. Simple really.

ES: We used to be called Augustines but there was another group with a similar name so we had to change it to We Are Augustines. But we think it works better on stage.

What has the reception to your album, Rise Ye Sunken Ships, been like in the UK?

BM: Fantastic. It’s been a real surprise to us. We feel like it’s exciting to be listened to, to be honest. All the DJs and websites and promoters and fans have been fantastic and we’ve been overwhelmed by how well everyone has responded to the album.

Your single Juarez is now out over here. What can you tell us about the song?

BM: It’s basically using, borrowing, the landscape of Juarez on the Mexican border as a backdrop to a story that’s being played out between family and duty that takes place in that area.

From what I hear your UK tour is going very well. Sold out shows, good reviews and this one has been moved up to a bigger venue.

ES: It’s going really good. Every show has been sold out so far. We’ve come from 3,000 miles away so it’s quite an honour for us to come over here and get this response.

Well two of you are from 3,000 miles away … (Drummer Rob Allen is originally from London.)

BM: Well, Rob’s been over in the States for ten years now. (Rob just smiles and nods. He doesn’t say much, it seems.)

ES: It’s not just that we’ve sold a lot of tickets. The people that have been coming out to the shows have been really celebrating and enjoying themselves. We’ve gotten to meet a lot of them, which is great, and there’s been a lot of singing along. I love how in the UK everyone loves to sing along with the band. It’s a great feeling up on the stage when you get that.

BM: Yeah, it’s really nice to see that reciprocal and interactive aspect of the UK audiences. We think it’s awesome.

And I hear you’re going out with Counting Crows next?

ES: We’re really looking forward to that. They’re a fantastic band. Their first record I listened to countless times when I was younger, when it first came out, so it will be great.

BM: it will be so much fun. You know, the more we tour the more I’m completely excited about road crews. Watching how they work, how efficient they are, their humour. They’re the funniest guys around. They’re pirates really.

You’ve got a couple of extra guitarists and a horn section with you on this tour. That must give a great live sound?

BM: It’s a super gratifying experience to see your album done that way. Bravado and enthusiasm. It’s a big, big sound, and a big feeling for us emoting that sound.

And what future plans do you have?

BM: We’re writing again and I’m really excited about that. A lot of touring is a routine: you travel, get there, set up, sound check and then do a show. But it’s actually turning into this really beautiful place that I think we all really enjoy. And we will get to do it all again soon which is awesome.

I’m really looking forward to seeing you play live for the first time tonight. Do you tend to play songs very much like they are on the album?

BM: That’s a great question. I think our background before this band is that we would sing songs just how we wanted to. But it’s so gratifying for the crowd to get involved and that can only really happen when they know the arrangement. I remember a singer doing a big single and he did it in a very strange context, kind of mumbling and drawing it out, and I remember being really upset about it. Just give us the song we love.

I think with this band, now that we are travelling and playing in different countries, I’m starting to realise that it means something to the fans and they want to hear it as they know it. I don’t know if we are getting more conservative or just more mindful of what the fans want.

The other thing is that to figure out if something really works you have to experiment a bit and sometimes that means that you bomb. Support shows are fine, you can do a bit of reinterpretation, maybe a cover, But with a bunch of sold out shows I’m not that comfortable with the idea of bombing!

ES: Also, this is our first headline tour of the UK so we have a lot of people seeing our band for the first time. All they really know is the record and maybe some stuff they’ve seen on YouTube and so it’s working out really well to do things they can sing along to.

So, I’m guessing that the set list tonight is going to come mostly from the album?

BM: There will be a couple of surprises. We’ve had to work very hard to play the album as some of it is very nuanced. Where we came from before we were a five piece and now as a trio there’s no fat in the sound. I can’t stop playing guitar or the song just sounds wrong and I think if Rob dropped a stick or lost the beat the song would just stop. We’ve had to work really hard to get things absolutely right to play this spectrum of songs live.