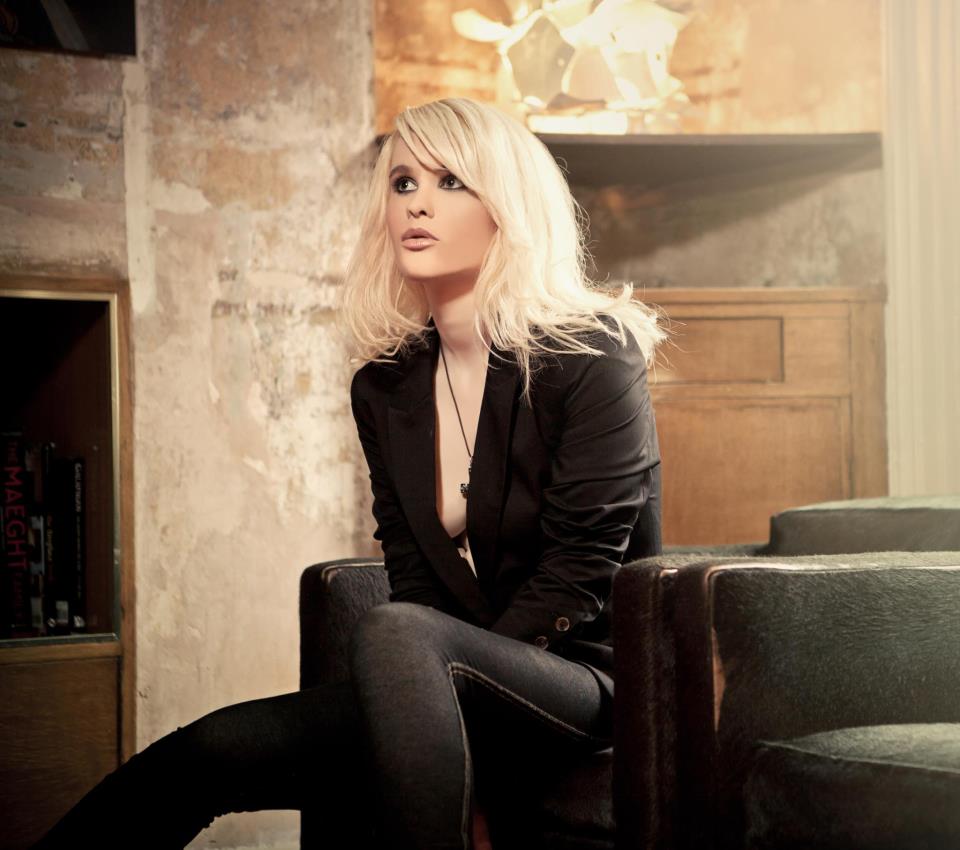 Sometimes, a new artist surprises you with the beauty and honesty of their music. In very rare cases, it emerges that said artist also has a personality. In extreme cases they also happen to be incredibly beautiful.

Q: An alien lands on earth. He doesn't really know much about bands/artists and that – as he's an alien. How would you describe you and your music to said alien?
Ok, cool. I’d say hey: Mr. Alien, firstly thanks for dropping by and secondly my music is like an organic mix if you will, I try to incorporate my folky acoustic like vibe with that of a electronic one , thus creating something in-between, like a rough luxe style as its been called. I guess I’m just me.

Q: It's 2012, the year of the dragon. What's been your highlight of the year so far? It doesn't have to be anything to do with dragons, but dragons are rad.
I agree that dragons are rad and if it were up to me I would holster up a saddle on one and use it as a means of transport, but definitely my highlight of the year so far is the preparation for the release of my first EP, which is called Rough Luxe. This year has been a great year in terms of social media for me and my Eyepennies video getting a great reaction and there's even more good things to come.

Q: God calls you up, and he's wanting to put on a show. Being God and all, he doesn't really have time to choose bands, DJs or a venue. He's put you in full control. Also – again, him being God and all – you can choose anyone alive or dead – he's that good. Who's playing and where?
Ok cool God, I’d be like lets head to a beach shack in the Bahamas then let’s start with Neil Young to get into the spirit, then let’s have a little Sparklehorse. Then I’d be like “God what about some Elliot Smith to go with your Malibu and lemonade?” followed by some Naughty by Nature…let's then send Jeff Buckly on with them just to mix it up. Maybe give Rage Against the Machine a 20 minute set, then Radiohead to bring the mood in, and lets finish with Bob Marley and Simon and Garfunkel doing a medley, then to the bar with me, John Lennon and Clint Eastwood for Jagerbombs.

Q: What’s your favourite childhood memory?
Taking a blow up boat into waves that were much too big for any child to survive with my older brother and my two older cousins on our summer holidays, I’ve still got bruises.

Q: What were the first and last pieces of music that you bought?
Ok ummm when I was like 8 or 9 I think I bought Matchbox 20, and the last piece of music I bought was Wishes by Beach House oh and New Slang by the Shins coz I lost my other copy

Q: What bands/artists are there around at the moment that people aren't listening to enough? Any tips for future stardom?
I think I’ve said this before Jake Bugg and Ben Howard are doing great things for the folk side of things, PJ Harvey you can never listen to enough, There’s great electronic dream pop around at the moment. Foster The People, a band called Bastille and Beach House and also a sweet band called Flying Lotus are tops! Tips for stardom? Don’t stray from yourself and make the music that you want to make

Q: What's the rest of 2012 got in store for you?
Exciting things! I’ve got a single release in October accompanied by some gigs in London and out, I’ve got a video coming out as well to go with the single so a busy but exiting three months ahead yeah!

Q: That alien from Q1 is back – he's just got his mitts on a computer, and he wants to find out more about you. Where's the best place he can go to find out more and what should he check out first?
Oh my god hey Mr. Alien! I think I left some personals in your spaceship…just kidding, good question.