A day for tears as the realisation that there is less than a full day left of FrightFest the 13th. It’s always a melancholy start to the day. You’re tired from all the excitement, perhaps a little bit drunk still, in need of a serious lie down and sad that you only have a few more films left to go before it is time to say goodbye.

But then, if you are up bright and early like we are you realise you still have at least five full films to get through, still a heck of a lot of choice in front of you and some potentially big films still left to go! Not to mention the after party where everyone gets to let off steam for the last time.

So this is what we got:

My god what a film to open the last day! American Mary stars Katharine Isabelle in the titular role.  A med student with far too many bills, Mary finds herself slowly lured into an underground world seeking to use her surgery talents. Before she knows it she is becoming quite the queen of body modification.

Dark, brooding and with one wild sense of humour about itself, American Mary is beautifully put together, has a wonderful script and one heck of a performance from the leading lady. But also, keep your eyes open for the Soska sisters who directed it, in one of the film’s more interesting cameos! Top marks!

The sisters then ruled the morning at the media wall with interviewers, photographers and a whole host of fans waiting to get a bit of attention from the girls and it goes without saying that they pretty much stole the day. As bubbly and outgoing as they were, we suspect the outfits they had on helped a little.

A young man and woman travelling on a bus home get into an accident. Waking in hospital, they both find that everyone in town has disappeared.

As they start to explore the town, they awaken ghosts of the past and discover a large dark cloud of mist surrounding the town that is getting closer to them.  Soon the pennies start to drop and both have to confront their fears and their troubled childhoods in order to survive.

This may be low budget horror (as evidenced by the filtered look of the film – a dead giveaway on any independent film trying to look more expensive than it actually is. It still boggles our minds as to why Zak Snyder insists on doing it to his films), but the director here hasn’t let that hold him back on trying to deliver a film with a dramatic pace that calmly walks the line between tension and emotional drama.

This one won’t frighten the socks off you, but is worthy of a watch to see what other low-budget directors are up to outside of the zombie-genre.

Jennifer Lynch’s claustrophobic thriller is one of the more grainy and unsettling films of the festival.

A young boy is abducted by a psychopathic taxi driver and, well, chained up in his house out in the sticks. As time passes (and we mean years) the boy grows up with no connection to the outside world, very little entertainment to pass his time and living in constant fear of his tormentor who demands that he performs daily tasks in order to stay alive whist he brings home fresh bodies to kill. The day comes, however, when the man fully expects the boy to take on his mantle.

Vincent D’Onofrio is brilliant in the lead role (also seen in Sinister this year). The strange bond that develops between the two leads is nothing short of creepy but the turn of events along the way adds an interesting twist.

Much like Sinsiter, The Possession is your average spooky supernatural thriller that pretty much walks the ABC beats of Hollywood horror film making.

A young guy comes into possession of a box containing an evil spirit. Evil spirit starts to possess girl. Girl starts to freak out family. Things get violent. Nobody wants to believe the truth at first. Then when it all gets a bit too silly they call in the exorcist. Queue loud finale with lots of blowing wind and a cheap coda at the end letting us know that it all may not be over yet! It’s all a bit predictable.

Points do go to Jeffrey Dean Morgan for continuing to be a charismatic lead and it should keep the general public happy.

When the action starts going it is a fairly sudden and arresting sequence. The thrill is only sustained so far though as the remaining tenants try to figure out what to do. It gets to the point where you can feel the cracks in the screenplay and then start to get a feel for the script and understand that it’s going to go back and forth between bickering drama scenes and the next person being picked off which is a shame. It almost feels like they felt the need to pad out the running time with a few repetitive arguments, but to the credit of the screenwriters they have managed to keep the action sequences fairly arresting.

There are a few lazy technical moments, predictable thrills and a shoe-horned in Wilhelm Scream (will someone please put that bloody annoying scream into retirement!) But for a thrill ride, Tower Block is probably a stronger effort from independent film making in the genre than we have come to expect recently.

And that was that! The majority of the crew and the fans moved onto the Phoenix Bar for the closing party.

Let’s look back again at the list of films that we saw and see what Filmwerk rated them:

Our top choices going to:

By a clear mile the best film at the festival which came with the added bonus of such an interactive cast and crew onsite. Watch out for it at the start of next year from Universal!

A very strong phsycological thriller, proving it doesn’t always have to be about the blood and guts.

A very effective remake. A first-person shot film that easily puts even more miles between Frodo and Elijah Wood’s future as a serious actor.

It is far from perfect, but this one is a hidden jewel that everyone has been waiting to see. This released some of the tension and may well pave the way further to getting it on disc. 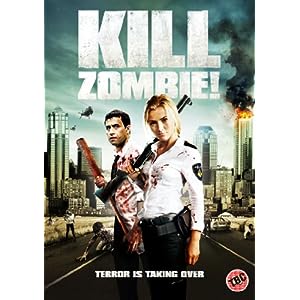 Cockneys Vs Zombies really does tie with this one for laughs, but we wanted to mention this one as not enough people were talking about it onsite and it is truly a great time in with your mates!

Don’t forget to keep your eye on FrightFest for next year, but in the meantime you can also check out our FrightFest Podcast!