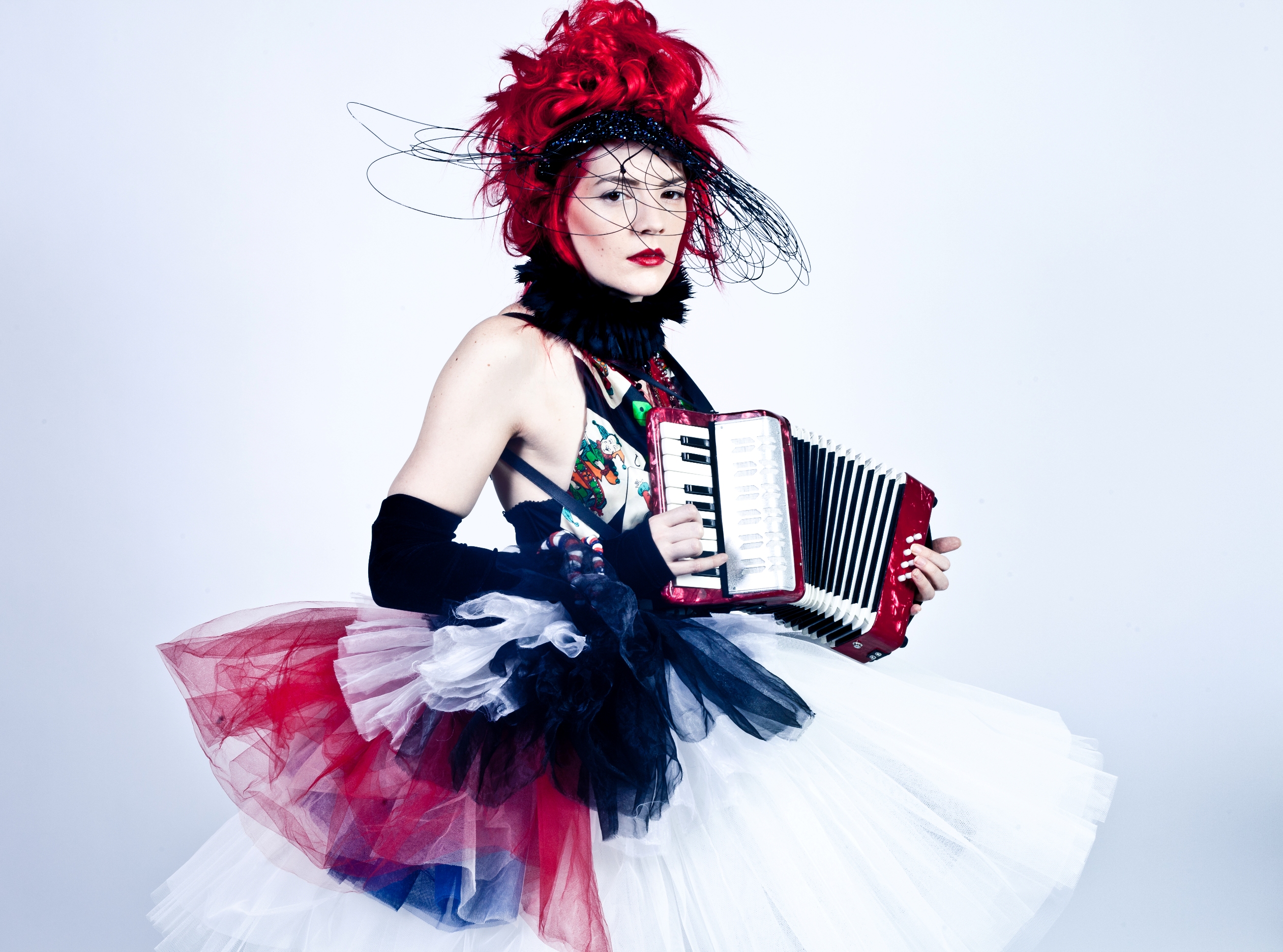 Following their sold out album launch at London’s Scala this summer, Gabby Young And Other Animals have confirmed they are returning to the capital to headline Bush Hall, in Shepherds Bush on Thursday 15th November.

We put a few questions to Gabby:

Tell us all about Gabby Young And Other Animals – how did you all get together?

Lots of different ways – I was first a solo singer songwriter but couldn’t really play guitar so found a guitarist, then I heard trumpet in my songs so went off to find a trumpeter and so on. I met a few of the musicians online – like the new violinist who answered a tweet looking for a string player! I have been known to collect musicians!!

Just how would you describe your wonderfully eclectic musical style?

Well I always struggled with my elevator pitch as it’s hard to describe so circus swing has become the answer – it’s our own genre which is great as we can direct it to all sorts of wonderful places!

Your second album ‘The Band Called Out For More’ has been receiving some fine reviews, Are you pleased with the response?

Of course, my songs are like my babies and I love it when people like them. I don’t really have a choice what I write or sing it just happens and has to come out of me so if that gets a stamp of approval in any sense that is the best thing I could ask for.

We’ve just featured your great song Walk Away. Is this really the first song you’ve written on piano?

Well full song, yes – I wrote ‘Neither The Beginning Nor The End’ shortly after too so it stirred something. I noddle on the keys a lot but have never completed or liked a song that I came up with on the piano before ‘Walk Away’… ‘Honey’ was started on the ivories too but I moved it to the guitar to finish it as the chords were tough to play on the piano!!

And it’s a great video too. Where did the idea of having your dad star in it come from?

Like nearly every good idea on this album, Stephen (my boyfriend, producer, guitarist and songwriting partner) came up with the genius idea of dad lip syncing the lyrics and turning the idea of the song on its head as I wrote it to sing it to him really. I knew I wanted the video to convey the meaning of the songs and be simple, stripped back and vulnerable so I couldn’t be happier with it. Dad was amazing to work with and it all got rather emotional.

I hear your live shows are always a lot of fun. Have you got a tour or live dates coming up?

Oh hell yeah – lots, we’re always on tour! I’m actually in the airport off to Ireland for our first tour there with shows in Dublin, Belfast and Cork then more shows in Germany and Holland for the foreseeable future (we tour there a lot) and of course some UK shows including our big London gig @ Bush Hall on 15th November which is always a big ‘homecoming’ occasion for us and we can’t wait to see the lovely London lot again!

You are now running an online boutique in addition to making music. Gabberdashery looks great – you are working with a lot of young designers, I think?

Yes, Gabberdashery was started after I invited people to hold stalls at my gigs full of beautiful items like jewellery, art and furry animal hoods that I thought represented the music well and the audience really enjoyed the experience of a mini festival so I wanted to extend the experience online and give everyone across the world a chance to see what items are for sale and give my support to brilliant, original independent designers.

So what does the future hold for the band?

Well, lots more touring, hopefully in lots more places, album number 3 is underway so writing and piecing that together will be our priority next year and just generally working hard at this crazy business. I also hope to take on some artists and expand my label, Gift Of The Gab Records soon… watch this space!