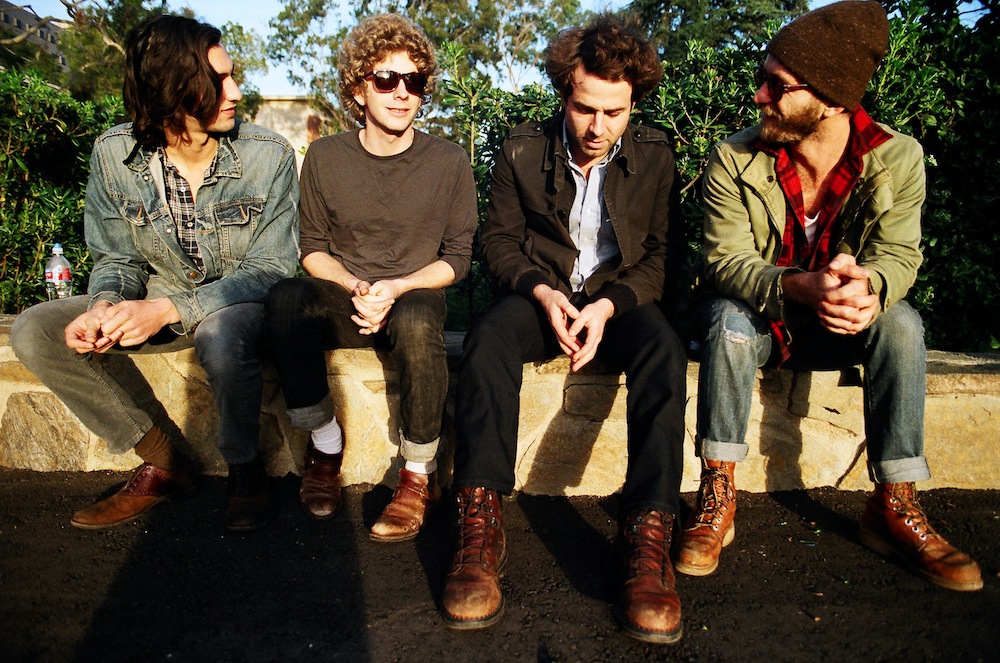 Nu-folkers Dawes hit the road with Mumford & Sons soon, so we caught up with front man Taylor Goldsmith to find out more…

Q: An alien lands on earth. He doesn’t really know much about bands/artists and that as he’s an alien, obviously. Aliens aren’t in bands. How would you describe you and your music to said alien?
We use patterns in rhythm and frequencies as a foundation to tell stories in the English language. This particular approach with these instruments is typically called ‘rock and roll’

Q: What was the reason for the change of direction from your post-punk sound in previous band Simon Dawes to the folk you’re peddling these days?
Simon Dawes wasn’t post punk. I don’t know what piece of press initially said it, but we listened to the kinks and elvis Costello back then. Simon Dawes was leading into Dawes organically. Songs from our first album like “Bedside Manner” and “Peace In The Valley” were Simon Dawes songs before we broke up and turned into Dawes

Q: How did your collaboration with Pat Sansone of Wilco (one of our favourite bands, incidentally) come about?
Our producer Jonathan Wilson was old buddies with him. Pat is an incredible musician on every instrument.

Q: It’s 2012, the year of the dragon. What’s been your highlight of the year so far? It doesn’t have to be anything to do with dragons, but dragons are rad.
No highlight that deserves mention over any other. We’ve had an incredible year. Its starting to feel like every month there’s a show or a moment as a band that is better than anything we’ve ever experienced

Q: How have you found playing the Mumford and Sons boys? Were they the English gents you hoped they would be?
They are the kindest group of musicians we’ve ever come across. And watching how they get a crowd wound up every night was truly an honor to witness.

Q: God calls you up, and he’s wanting to put on a show. Being God and all, he doesn’t really have time to choose bands, DJs or a venue. He’s put you in full control. Also – again, him being God and all – you can choose anyone alive or dead – he’s that good. Who’s playing and where?
Jerry Garcia, Levon Helm, Rick Danko, and Richard Manuel all back Warren opening up for the original Highwaymen at the troubadour in LA.

Q: What’s your favourite childhood memory?
I have no idea

Q: What were the first and last pieces of music that you bought?
The first might have been the blue album by weezer but it’s a fuzzy memory. I recently bought “on every street” by dire straits for the first
time.

Q: What bands/artists are there around at the moment that people aren’t listening to enough? Any tips for future stardom?
Father John Misty, Cass McCombs, Bonnie “Prince” Billy and Bill Callahan

Q: What’s the rest of 2012 and beyond got in store for you?
We just finished our 3rd album so we’re gearing up to releasing that next year

Q: That alien from Q1 is back – he’s just got his mitts on a computer, and he wants to find out more about you. Where’s the best place he can go to find out more and what should he check out first?
I guess dawestheband.com would be the best spot for all that