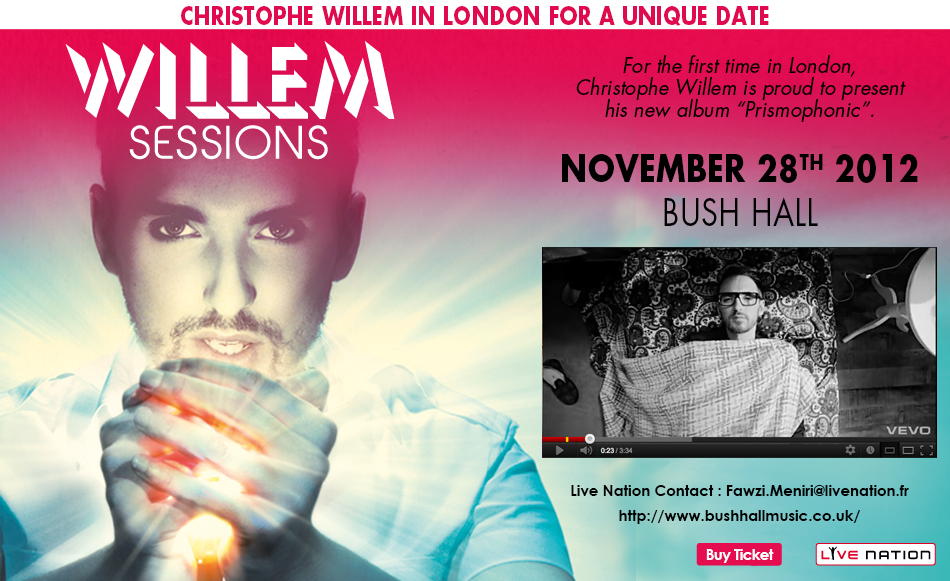 The release of a new Christophe WILLEM album is always a special event. Gifted with a powerful and distinctive timbre he slips from one genre to another with deceptive ease. WILLEM has two rules : taking risks and enjoying himself – and that enjoyment is widely shared by the public (2 million records, 4 NRJ Music Awards, 1 Victoire de la Musique award from the public) purely in the french speaking countries so far.

It would be premature to talk about an album from a singer at the height of his powers. “I’m still a bit young,” smiles Christophe (he was born in 1983). “My first album was all about self-discovery. On the second, I wanted to show myself what I could do. And now Prismophonic/Love Shot Me Down both connects and summarises the past of Inventaire and the continuity of Caféine. It represents what I am today.”

The english album will be released in France before X-Mas 2013. Christophe will play his first show ever in London on the 28th of November at Bush Hall and we’ve got a pair of tickets to give away.

To win, simply email mail with your best French pick up line.

Tickets are on sale here: link