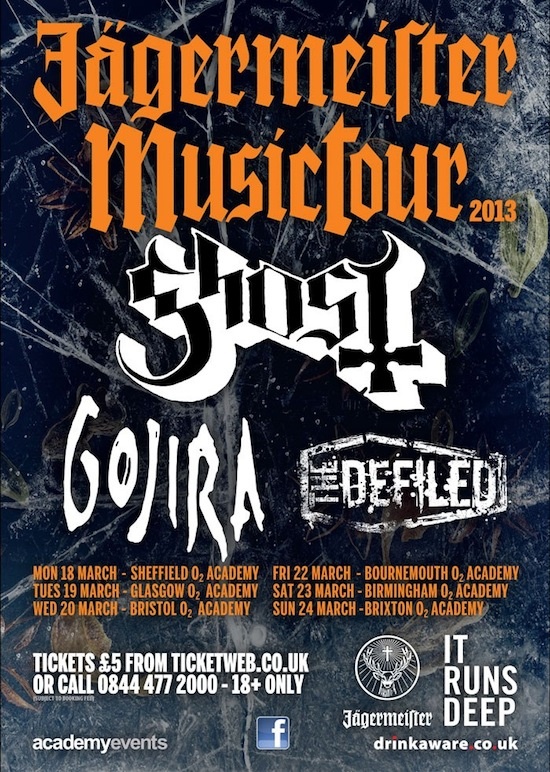 WIN: Tickets to the Jagermeister Tour

The Jagermeister 2013 UK Tour is set to rip the country a new one next month as Ghost, Gojira and The Defiled take to road for a whistle-stop tour of the nation.

The tour hits the following cities and we have one pair of tickets to a show of your choice up for grabs:

To be in with a chance of winning, simply like/follow Glasswerk on Facebook/Twitter and retweet or share this article. All entrants must be 18+ and be able to make their own way to the venue! Competition closes 13th March. Winners will be selected at random and contacted by the editor.