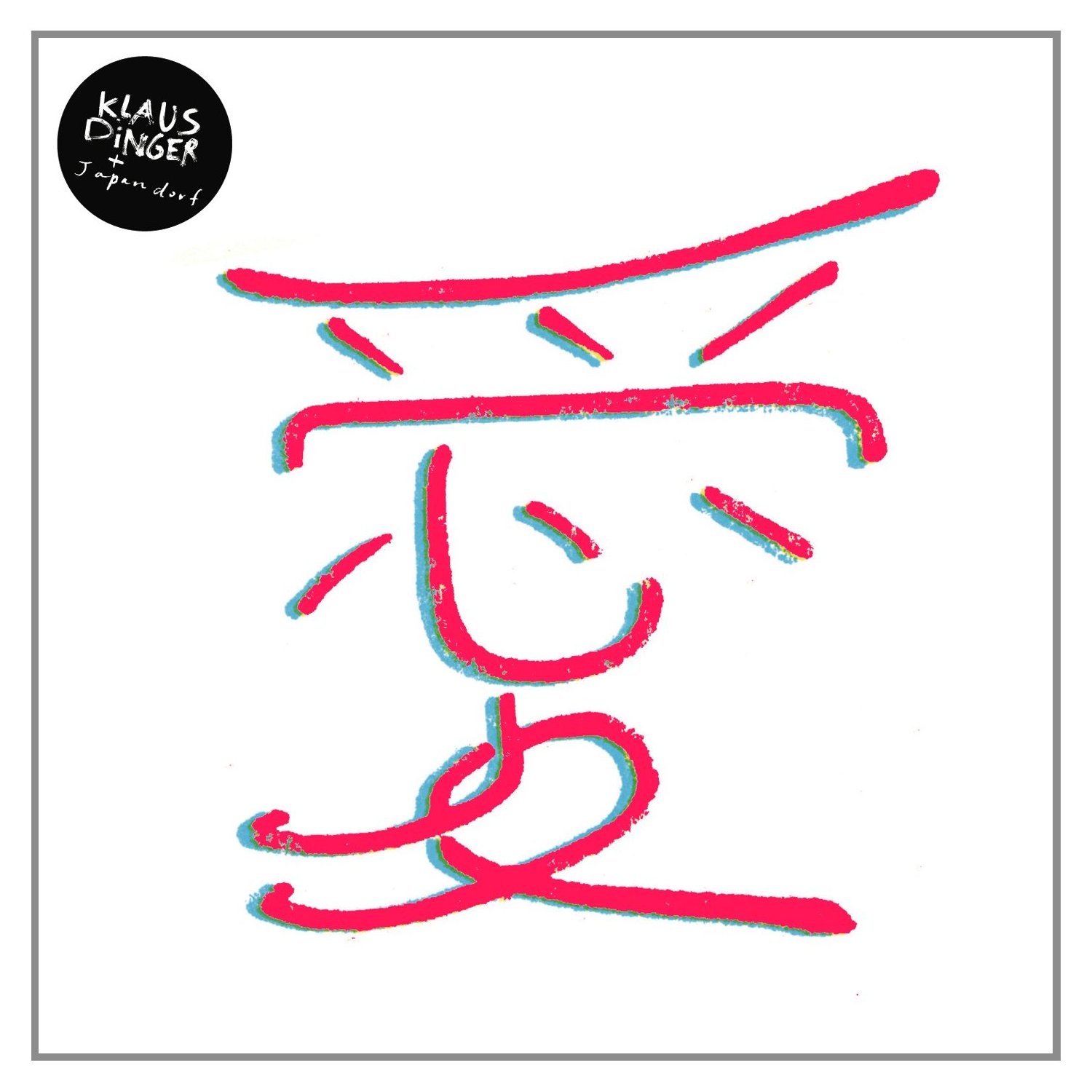 Japandorf is a previously unreleased album, originally recorded between 2000 and 2007 by Klaus Dinger. Best known for his work with seminal krautrock band, Neu! he was also guitarist and songwriter of new wave group La Düsseldorf and for a while the drummer of the influential Kraftwerk. Dinger died in 2008 and the project was completed by his widow and band mate Miki Yu.

This is actually the third and final album of a trilogy conceived by Dinger under the Japandorf project name. The idea was to work together with a collective of collaborators from Dusseldorf’s Japanese community who had backgrounds in fine arts rather than being technically skilled musicians. The first two albums titled “pre-Japandorf” and “VIVA Rimix 2010” are yet to be released.

The album is a bit of a mixed bag musically. Perhaps hearing the third of a trilogy on its own robs the listener of some deeper meaning. There are tracks that feel like unfinished songs, musical sketches to be completed later. But there are also a couple of epic songs that mix the German and Japanese elements rather nicely to create something very different.

Udon works well, with its with hypnotic female vocal standing out. The song is apparently something to do with making Japanese noodle soup! Kittelback Symphony is a good instrumental track, with guitar and keyboard prominent and clear classical influences.

Central to the album is the massive 12 minute long ChaCha 2008, an updated version of La Dusseldorf’s Cha Cha 2000. There are many phases to the track and a lot of fuzzy guitar fights for space with ethereal vocal parts. “Dance to the future with me” seems to be the forward looking message here.

Karnival, a more conventional rock song, has a fine uplifting tone. The feedback heavy guitar drives the track forward and there is a fine drum rhythm running through it. The album ends with the short track Andreaskirche which features bells ringing slowly in what can only be called a funereal style. One last poignant goodbye from Herr Dinger perhaps?

I’d have to say that this is an uneven album, but a very interesting one. A bit avant garde in places perhaps, but then the fusion concept behind it is rather different. And given that much of it was recorded several years ago it was clearly very forward looking for its time. One for the fans rather than the mass market, I think.