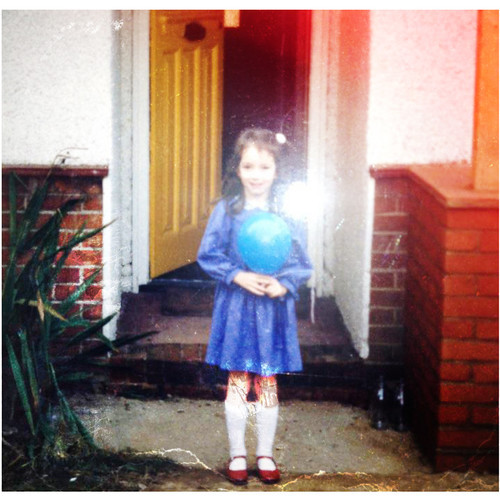 Gunning for Tamar have been popping up everywhere over the last 12 months, with plays over many UK radio stations, Scuzz TV and NME TV , as well as appearing on Canadian and New Zealand radio stations to boot. The Oxford Rock quartet have been touring hard with shows across Europe and the UK supporting bands like Jumping Ships, Tellison and Sound of Guns. It’s a wonder they even had time to put this EP together, but Camera Lucidia (named after the book) has finally made it round to UK release.

The idea behind ‘Camera Lucidia’ is the exploration of memories through photographs. You can feel the sort of memory-like ambience as soon as the record begins. ‘Yogging’ which opens the album begins with a beautiful piece of piano and as you become comfortable with it, it hits you with a punchy distorted rock sound, jumping into a sporadic guitar riff. It blends together nicely and gives you a feeling of going from one memory to the next. The rhythm is powerful but not overbearing and there is a nice ambience to this track. ‘Lights, Daggers Faces’ is a little less abstract with a great melody. This track has clearer and increased passion within its vocals; it’s the kind of song that gets into your head and rattles it, which makes it a perfect addition to this EP.

The guitar work on ‘Another Season’ is really admirable and it really adds to the vocals. The tempo of this track is slow and plodding allowing the guitar work and vocals to really shine through and produce a powerful rock ballad. ‘Swallower’ picks up the pace at just the right point, and shows off the tight and how musically adept that Gunning for Tamar are. It blends all of the previous elements into to a powerful and effecting song – this is the best track on the release and it’s joining my collection of favourites. The EP closes with the shortest track on the EP and the only one that clocks in at under four minutes. ‘How To Set Fire To Your Hands’ rounds of the album nicely slowing down the pace again and providing some great melodic guitar and vocals. It’s almost a shame that the rhythm section don’t get more of a run out here, but the track slides beautifully into the finishing line ‘I can tell I’m getting older’.

This is another superb EP from Gunning for Tamar and if you have a spare twenty minutes it’s well worth a listen. They are indeed the type of band to listen to as you drift off to sleep; not too over bearing and beautifully melodic. The only thing I want more of? Strong drum driven bridges.