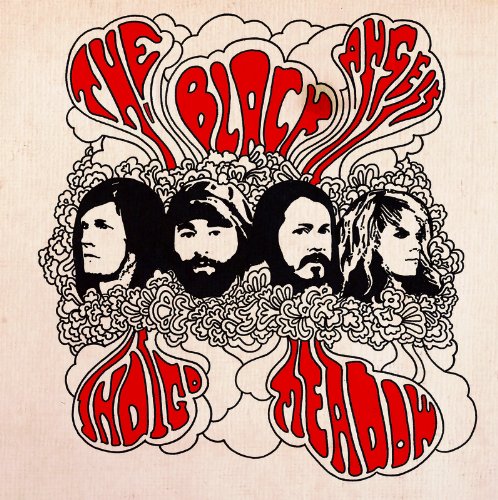 The fourth album from Texas psychedelic rockers The Black Angels offers up thirteen tracks that mix some very modern and relevant lyrics with their typically sixties inspired sound. Full of distorted drones, guitar riffs and heavy organs allied to spaced out vocals, this is very much a retro sound. And it works well, although there is not a great deal of variety shown on the album.

The band’s last album, 2010’s Phosphene Dream, was generally well received, and they have a fine reputation for thrilling live shows. Over the past few years the band – Christian Bland, Kyle Hunt, Stephanie Bailey and Alex Maas – have contributed to many other musical projects, before now returning to the studio with a batch of new songs.

Don’t Play With Guns is the outstanding track, a pro gun control song written last year and even more relevant now in the US than ever, and it has a great hook too. The military tone of the drumming on Broken Soldier makes it stand out too, a track about the effects of war on those who are in the middle of it.

The Day has a bright bluesy feel based around some lovely guitar work and fine vocal harmonies. Holland is perhaps the most typically psychedelic track with its waling vocals and hallucinogenic feel. The organ gives a solid backing and there is some fine bass work behind the vocals.

As this is The Black Angels’ first album for three years their many fans will be delighted with its release. There are high points, but it perhaps falls short of being a great album simply because of the sameness that permeates it. Admittedly it is difficult for a band to strike the balance between maintaining an established niche sound and alienating fans through too much experimentation or change. But a bit of variety can help to keep a band’s appeal fresh.