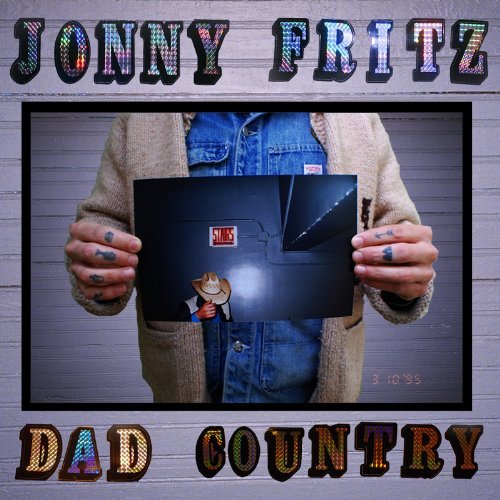 Nashville based singer songwriter Jonny Fritz now goes under his own name after many years of performing as Jonny Corndawg. His new album Dad Country was recorded in Jackson Browne’s studio in Los Angeles and produced by Fritz along with Taylor Goldsmith from rockers Dawes.

And the members of Dawes, together with a number of Nashville musicians who have recently worked with Caitlin Rose, supply the backing on the album. I’m a great fan of the sweet tones of the pedal steel guitar, and few do it better than Spencer Cullum Jr, whose contributions are a highlight of several songs here.

This is very much a country sounding collection with Nashville roots and an easy rhythm. But Fritz’s sharp lyrics are very different from normal country fare. There’s a darkness that you don’t find too often in country music, and he has a wicked sense of humour that often comes through in his song writing.

Goodbye Summer opens the album strongly with the reflective tale of a young man’s summer romance with an older married woman – a Mrs Robinson for the modern age. The guitars twang and Fritz’s tender vocals have an edge to them that portrays the combination of wistful brooding and pride rather nicely. All I Do Is Complain follows, a slower song immediately changing the mood as he tells of a marriage gone stale. Here the vocals are more expansive and Fritz shows that he has a decent range.

Holy Water is one of my favourites, a faster love song with racy lyrics that describe a lover in unusual and very expressive terms. It’s well worth a listen. Another good track, Shut Up, is quite different to much of the album. This one is a moody song with a downbeat feel and it has some lovely guitar work. Have You Ever Wanted to Die is a dark song with an outlaw country feel, yet the gentle vocals give it a calm mood that contrasts with the lyrics.

The closing track, simply named Instrumental, ends the album in a storm of guitars and fiddles that has a frenetic pace and really could have been longer. It’s a fine piece of music that acts as a coda to the twelve song collection, leaving the listener breathless.

While Dad Country may not be a typical country album its appeal will be mainly to those who have a taste for country music. But even if you wouldn’t normally describe yourself that way it is well worth having a listen – Jonny Fritz is a talented songwriter and his expressive vocals tell his stories rather nicely.