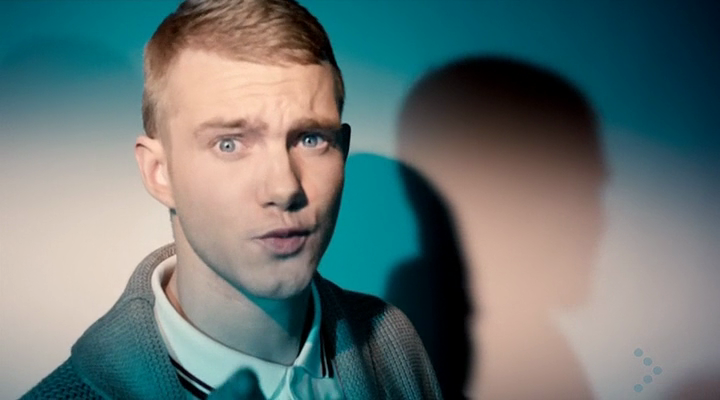 Sometimes all you need is a bit of autotune and a Radio One worthy banger to catch our attention here at Glasswerk – such is the case with Ed Drewett, who pricked our ears up with his individual take on pop shot through with elements of rnb, garage and electronica. Plus he’s a cheeky devil, which is always a good thing with a pop star, as he proved on his latest single Drunk Dial.

Who was the last person you drunk dialled and why?

It was my lads. I get all soppy when I’m tipsy & scream ‘Let’s hear it for the boys’ down the phone. Very straight of me…

What can we expect from the debut album?

Hopefully a good mixture of songs. I’ve always been a firm believer in albums with a varying contrast of types of song. It shows a want to experiment & explore. I HATE albums with ‘Fillers’. When an artist doesn’t push themselves & just has an album of very similar songs it’s so boring!

Charles & Eddie ‘Would I Lie To You’…need I say anymore? Haha

If you could hold a recording session with any five artists, who would you choose?

You want to describe your music to a stranger on the street, who do you compare yourself to?

I don’t like to directly compare myself to anyone but I’d say I’m heavily influenced by The Police, Rod Stewart, Elton…old school proper songwriters/artists

You’re going to live on a desert island for a year, which three albums do you take with you?

Craig David ‘Born To Do It’
Eagles ‘When Hell Freezes Over’
Some massive Garage compilation album haha.
Any police album.
And my album, to criticise & wonder what I could have done better.

Everyone has a defining music moment, one that lives on in the memory, what is yours?
Ermm…picking 1 is difficult so i’d have to say supporting Elton John, ‘Glad You Came’ going 4 x Platinum or…watching The Police at Twickenham.

What is the best gig you’ve ever been to and why?

Haha…The Police at Twickenham. Stings voice is STILL incredible and you just can’t beat those songs!!

Where do you see yourself in five years time?

Ideally, I’d love to be selling out stadiums off the back of a well respected, credible release of numerous albums. And for the public to genuinely love & accept my music. If that doesn’t happen, then hey, how can I complain about being a songwriter for others?! What an amazing job. I’m a lucky dude.

If we were to look at your MP3 player, what is the most embarrassing track or album that we’d find?

Oh shit. Erm…I have EVERYTHING from Slipknot to Westlife!! Probably some of the worst is that song by O-Zone…’Numa Numayay?!’ Fuck me. What was I on.