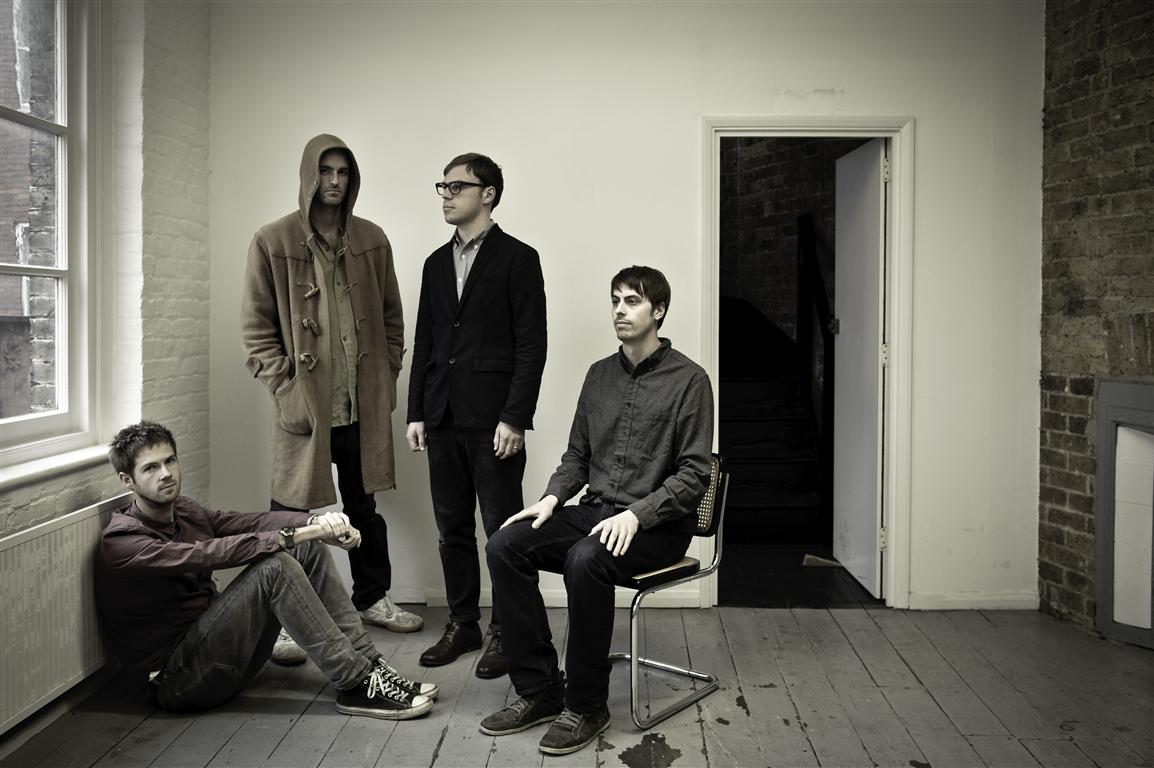 Londoners Bronze Medallists are a band making waves in the musical world.

They took some time out of a busy schedule to tell us a bit about the band and their music.

So how did you guys first get together as a band?

I was riding a magic carpet through Azkaban and ran out of fairy dust, I came down in a desert oasis (thank fuck) and was cared for by a Sultan Priestess with a harem of captive man-slaves. It turned out that these men were deeply unhappy with their lot and I persuaded them that they out numbered their captor 30 to one and should rise up and make the oasis their own. This they did, and in return offered to grant me 3 wishes, my first was to have a band with some of my best pals, the second was that we slowly but surely became the third biggest band in the world and the third was that one day Glasswerk would interview us. Actually it’s a bit dull, we were all mates and had been in previous bands together so just started cheating on our other bands with one another, then musically eloped.

And where did your name come from?

The the time we’d formed was sort of a watershed moment in all our lives, we were just out of big relationships and band bust ups, and all our peers who’d made it stick had gone on to tour the world and be dead famous. We felt like the outsiders and also-rans of indie pop so we thought we’d make it official in the band name. It actually comes from an Idlewilld song ‘The Bronze Medal’ and from ‘1972 Bronze Medallist’.

How would you describe your musical style?

Ambitious. We don’t sit in the same place for very long and we try not to limit ourselves. The Empire EP was based on a concept that came from the lyrics of Empire (a true story) to do with what it’s like to live as an organic breathing human in the technological world. We saw this embodied in our simultaneous love of both order and chaos and our need to up end both, and what better embodies this human tendency than the Empires we build? We felt the music for this should be both electronic and contain live, raw elements, so some tracks were recorded live, and others programmed and were all to some degree a mixture of both, like life itself, man.

It’s all synths and no guitars – is that a statement or a reaction to musical trends perhaps?

Nope, firstly, there’s a lot of guitar on there and if not we’ll often chain a synth through a guitar amp or sample a guitar like a synth, just to geek it up a bit. We don’t expressly set out to follow trends, but we are inspired by what comes out around us, with the likes of Wave Machines, Django Django and Broken Bells al doing some interesting things to what is ostensibly the guitar indie pop format, it’d be hard not to be inspired. That said we more or less just do what we feel will be the most fun and challenging…

You have a new single coming out very soon. Tell us about Empire.

Empire is a love story set across two cities in two different continents. The story actually happened, but we were excited to make the track because it captured the essence of that war between straight lines and curves in a very human way- we all like a story- and made it visceral.

Do you tend to write songs as a band, or individually?

We write very democratically. Someone will throw in a spikey stone and then we’ll all jump on it and roll around for a bit out will pop a smooth fully fledged and overwrought sodalite gemstone of electro shoegaze indie pop

Are you playing any festivals over the summer?

Yes, Secret Garden, and Greenstone so far. We’ve just taken on a new booking agent with The Local, so hopefully he’ll be able to crowbar a few doors open for us and we can do some more… Is it too late for Glastonbury? I love that place, in spite of its inclination to end up like the Somme.

And what does the future hold for Bronze Medallists?

We have a new EP in the works, which may turn into an album… For this one we’re drinking our mash up of live and electronic elements with a new twist. We are doing away with live drums and bass and recording with electronic elements but all played live. Most music these days is made by taking live elements and manipulating them with protools or autotune or whatever, until they are perfect. What we are trying to do is the opposite: play with electronic elements but play them live and imperfectly. It might be cool or it might sound like your kid nephew messing around on his casio… watch this space. Lyrically it’ll be more open and probably have some stuff that’s more directly about love, life and relationships and stuff. Uh oh.

Bronze Medallists’ ‘Empire’ is out 13th May via Moi Moi Music