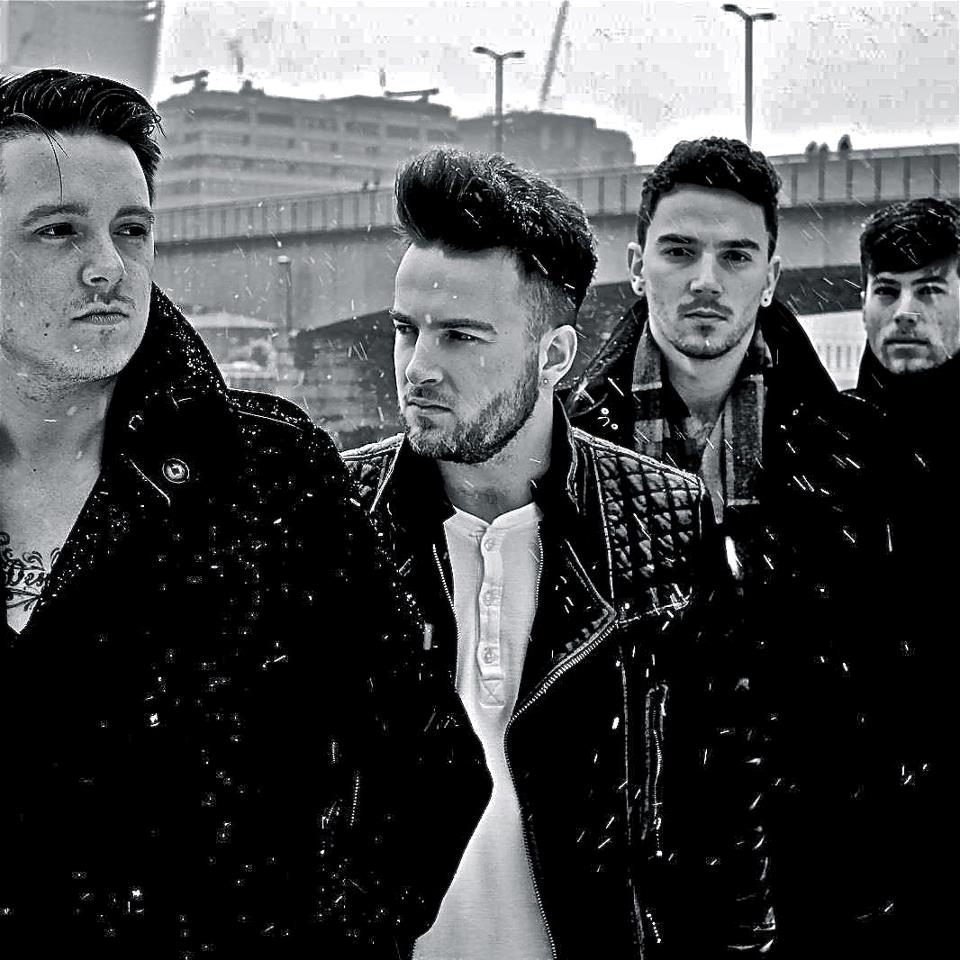 We had a blast at Takedown Festival last weekend in Southampton and in the first of a series of reports from the weekend, our girl Zoe Edwards chats to Essex rockers The Younger.

So you guys only formed last year…how has the process of starting a new band been?

Dan – Good, yeah the thing is we were all in in reasonably well known bands before hand and we started to start something new. Publicly we only really started 6 months ago, before that we started doing some pre-production, to get the branding and the sound right, wrote our first EP which is kind of like a taster for the industry, we did lots and lots and lots and lots of meeting with different people. Basically, we’re not one of those bands who are going to do a tonne of touring right away and completely rinse ourselves right away. We do small stand alone dates with good bands and get the exposure right. We’ve got a lot of stuff in the pipeline so when we go, we’re going to go in a big way.

Simon – Yes, it’s nice being able to pick and choose, we’ve been doing this for years!

Dan – And the scene is so right now as well. We’re a big positive sounding band and there are a lot of kind of oppressive brown sound bands out there at the minute so we think it’s a good time.

Do you think you learnt from being in bands before and that’s why you’ve gone about it in this way?

Simon – I think it’s also because we’re playing a style of music that’s a lot different to what we’ve been influenced by in the past and in bands that we’ve been in before and it’s more of a crossover for us, breaking into more commercial or poppy music. It’s been a nice process really.

Dan – Yeah especially in my last band. We played with Paramore and there was nothing really that we could do with that because we weren’t a commercial enough band to capitalize on that. I look at the way we are now and because we took our time and we got it right, it’s exactly what we want it to be. A lot of bands have to compromise and we haven’t had to do that at all.

So have you been signed or are you doing it off your own back?

Jay – At the moment we’re doing it off our own backs. We’ve had a lot of guidance but no labels as yet.

Dan – We’ve got a lot going on but not that much we can talk about right now! It’ll all become apparent later in the year. As I said earlier I think you can really burn out as a band doing too much too soon, and everything’s so disposable now. People aren’t going to stick with a band they can see 8 times in 2 months. We’re a blitzkrieg band!

So as you mentioned earlier – great time to be in a rock band?!

Dan – Yeah great time. As I said earlier, without meaning to sound arrogant it’s a great time to be in our kind of rock band. There are a lot of great bands doing a lot of great things, putting themselves into this group who are really strong and drawing off of each other – they’re very autobiographical with their stuff. We’re trying to be a bit different, drawing on a more mainstream vibe and trying to create something atmospheric. I don’t think there’s anything for us to give to that scene.

Simon – It seems like every band you see in magazines are kind of a victim of the recession generation, all very woe is me and depressed. We have a really hopeful sound and I think people are going to respond to that really well.

What’s the reaction been like so far to what you’ve put out?

Dan – We’ve had a few reviews and they’ve all been so overwhelmingly positive. It’s crazy for us because having been in previous bands there’s all this pessimism about how it’s going to be perceived and I’ve been totally blown away to be honest.

Jay – For me the live experience has been great. We’ve played with a mix of bands and different genres and venues around london and the reaction all round the country has just been great.

So you’ve got your eyes set on the charts then?

Dan – I think that’s an inherent problem with the whole scene at the moment. There are bands out there who are fully riding the wave of this whole ‘we’re punk, we’re down with the kids’ stuff and they’re not, they’re signed to major labels. Their sales technique is a contradiction of their overall message, and we don’t want to be like that. We’re positive, we’re poppy, we’re young, and we want to make things happen. If I said that we weren’t shooting for the charts it’d be a complete lie and if we do, I won’t feel bad about it!

Having been in bands before and in the industry for a while, what advice could you give to new aspiring bands?

Simon – Writing music that you want to write is the main thing and not writing to a genre because you feel that you have to and that’s what your friends want to do. Even though me and Dan are best friends, we came together because we all want to write the same kind of music.

Jay – Take your time, stay true to what you want to do!

Dan – Yeah. Also, it’s not as positive as what you guys said but for me personally I don’t think there’s any attraction to naivety anymore and the industry is a man eating industry – it can ruin you if you’re not taking control and thinking about every aspect of your band. You won’t get signed because you’re a bunch of guys who like playing music, you’ve got to be entertaining!

Simon – It’s a good point, there are a lot of boy next door types on stage at the moment and we’re trying to give a real performance.

So really performing live is the strongest point?