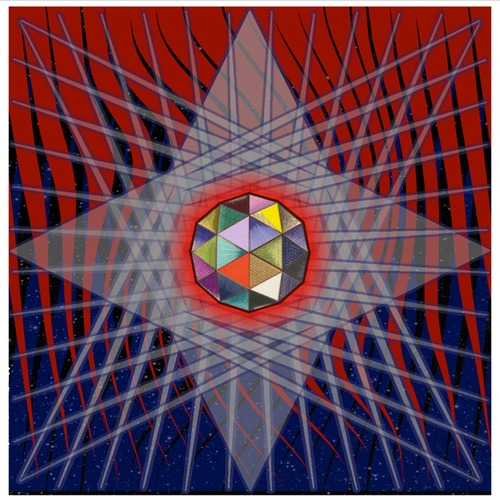 Poltergeist – Your Mind Is A Box

A little while ago, had you sat down and read that a trio comprised of past and present members of Echo & The Bunnymen had released one of the most ambitious and downright refreshing records of the year, you might have been forgiven for being ever so slightly cynical. This, however, is what has just happened. Poltergeist have emerged from the shadows with a debut LP that is at once inventive, addictive and inspiring.

Unlike the ghostly visitations from which they take their name, Poltergeist don’t faff about in the dark and take random pot shots at unsuspecting victims. Instead they make themselves known and hit the ground running immediately. Opening track ‘Cathedral’, with its sprightly bass and juddering, erratic chorus sets a pace and mood that deigns to let up throughout.

Taking their lead primarily from the perpetually influential Krautrock scene of the 1970s, Poltergeist infuse their songs with the trademark lumbering and foreboding gait of the genre and add any number of mean twists. The early guitar parts on the album’s eponymous track call to mind the intro lead from Slayer’s ‘South Of Heaven’. The monolithic ‘Psychic Warfare’, interspersed with guitar work reminiscent of ‘cosmic nod’ types like Earthless, reaps the rewards from being replete with hazy soundscapes that wouldn’t sound out of place on any classic Can LP.

It is also an album of contrasting moods. Song titles steeped in gothic, doomy overtones (First Signs Of The Plague, Dawn Visits The Garden Of Evil) are dragged from the muck and mire by triumphant, emboldening guitar work, particularly on the former, from Will Sergeant. Les Pattinson’s bass playing remains a model of consistency and genuine talent, while Nick Kilroe keeps things ticking over with drumming of subtle intricacy that still manages to avoid being overbearing and intrusive.

An instrumental project, Poltergeist stated they did not want to “fence the project in with vocal barbed wire.” Instead, they’ve constructed another type of barricade; this time designed to keep people in as opposed to pushing them away.

Venue: Your Mind Is A Box
Support Band: Proper Records