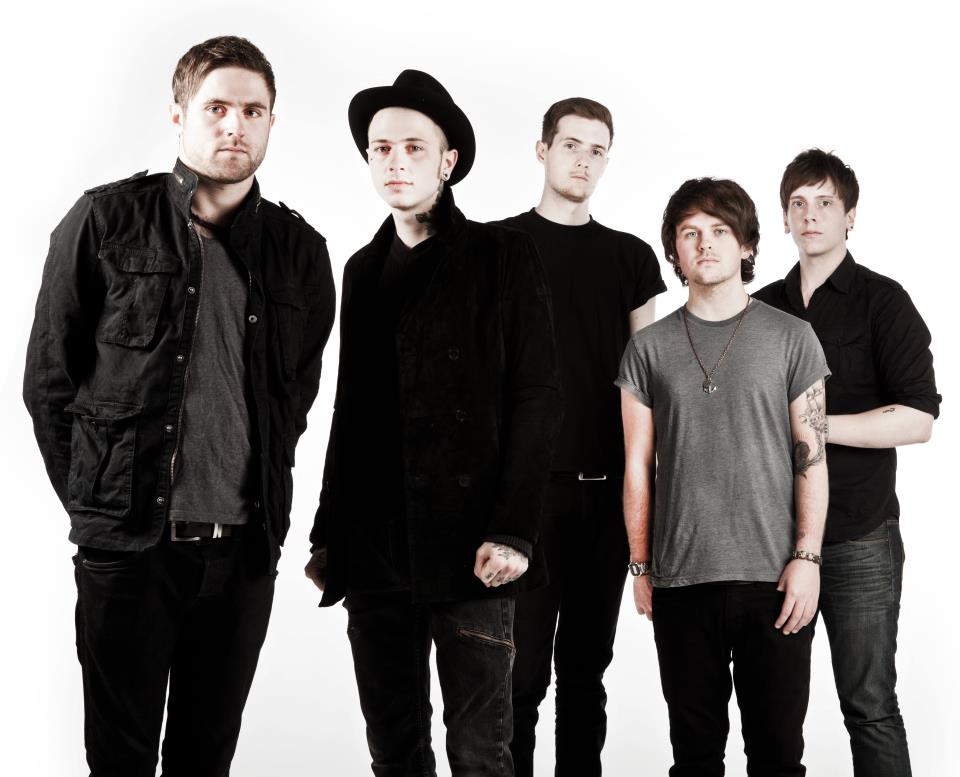 Takedown Special: We Are Fiction Interview

Continuing our coverage from Takedown Festival in Southampton and in the fourth of a series of reports from the weekend, our girl Zoe Edwards chats to the boys from Peterborough rockers We Are Fiction.

So we’ve had a couple of tracks from you guys…EP…album?!

Andy – Album’s looking to come out this summer through destroy everything. We’re looking for a summer release…no actual date yet but we have a single coming out next month.

Marc – Yeah single just before album and we’ve got the video out for that already.

Andy – We’ve got the art campaign, explosive album launch and hopefully capitalize on the with a bunch of touring!

Wow you’ve got it all planned out! Is the album finished, mastered?

Marc – It’s out of our hands now, we’ve written it, recorded it, it’s all put together, we’re happy with it. We’ve given it to destroy everything so it’s going!

How was it to record?

Andy – Strenuous! It took a couple of years…

Mark – we learnt a lot! It was our first experience of proper lengthy recording. There’s an art to writing and there’s also a separate art to writing an album. It was tough but it made us excited to get back in the studio and started on album 2!

Are you all full time in the band now or still have day jobs?

Andy – Myself and Marc actually left our full time jobs last year in order to focus on song writing and putting every focus into the band really and every passion that we’ve got. The rest of the guys are looking to follow suit as soon as things catch motion a bit.

Marc – It wasn’t a bad thing, I loved my job it’s not like I just want to be a band person, but at the end of the day, when you’ve got 5 guys who are ready to commit to something like that…I didn’t want to give 50%, I wanted to give 100% for it.

Ryan – A leap of faith, definitely!

What’s it like being in a rock band right now?

Marc – I remember when I first started going to shows and playing music – I don’t know if it’s because I was younger – but it seemed really alive. For us in our home town it dropped back a little bit but there was definitely an air of people coming together from different scenes, getting together and bringing out the best in all the bands. You get different values in different scenes but I think it’s all starting to come together to make a bigger one.

Marc – There’s definitely something bubbling, even if you just listen to the radio now to when you did 2 years ago…there’s something going on. The music scene is good!

Andy – We never thought in a million years that we’d have support from radio one!

I was going to ask about that – you’ve been play listed all over the place!

Andy – Yeah Radio One, and Alex Baker over at Kerrang! has done a shit load for us.

Marc – Yeah ever since we met him he’s always been a real nice guy, really down to earth. Again, in terms of the music scene, he’s on the underground, he’s got his ear to the ground.

Andy – You can’t underestimate the power of radio. Radio One was a turning point for us. We couldn’t ask for more really.

What’s the hardest thing about being in a new, young band?

Andy – For these guys it’s probably balancing the band with their working lives, for us it’s just managing all the mad hours of song writing, doing what we’ve got to do in terms of videos, being where we’ve got to be and shows and stuff. It can be quite difficult but it’s very rewarding!

Marc – Some parts are like laboriously exhausting but this is what I really enjoy doing. Everyone gets tired but you remember what you’re doing it for. It’s like everything in life, you can pull something absolutely apart or you can recognize something for what’s good about it.

You guys are so positive I’m loving it! What’s your favorite place to play?

Marc – Hahah no honestly like not many people would say it but we love it, it’s got a certain kind of charm and it’s where we grew up and started the band. It’s very real as well, there’s nothing pretentious about it. It’s gritty.

Hahaha I love the idea of Peterborough as ‘gritty’.

Phil – When you get to the A1, and you’re going past certain places, you’re home!

Marc – You can look at the grey skies and think this place is shit, or you can dig a little deeper and see what’s great about it!

Finally any band recommendations for me?!

Phil – They don’t get enough recognition.

Marc – Yeah they are just incredible musicians. Watching them work and seeing what they’ve done is incredible. They’re really clever. They’re going to go an do big things.

Thanks guys, now go and drink all the beers!