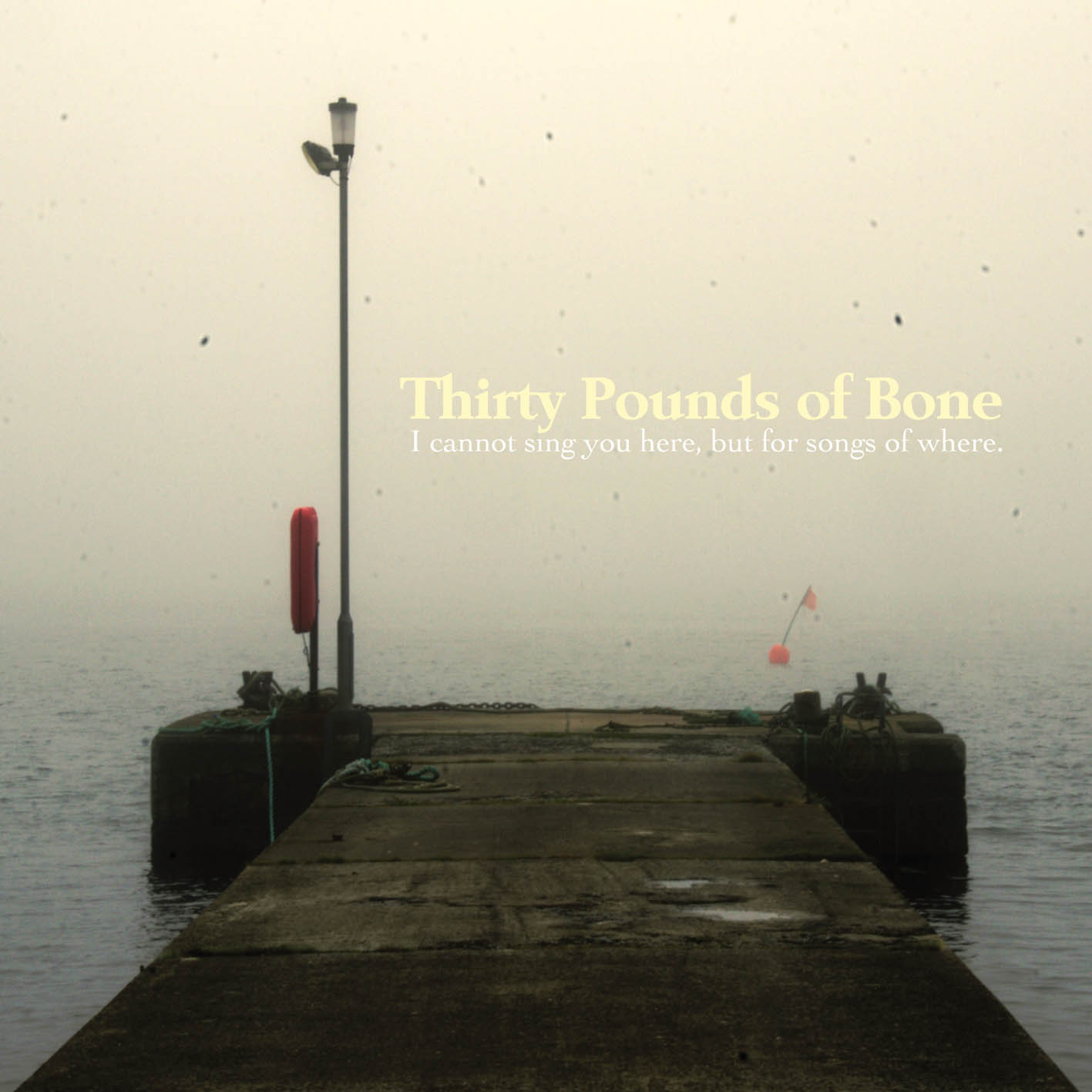 Thirty Pounds Of Bone – I Cannot Sing You Here, But For Songs Of Where

This is the third album from Thirty Ponds Of Bone, aka folk singer Johny Lamb. Originally from Shetland, Lamb is a singer, songwriter and arranger who writes and teaches in both traditional and more modern folk music. There is a darkness to much of his work, but also a reflective quality that gives moments of light and hope.

I Cannot Sing You Here, But For Songs Of Where is a bit of a cumbersome album title, but I can see where it comes from. There are recurrent themes throughout Lamb’s work: a sense of place, a feeling of remoteness from home and the proximity of the sea being the foremost. The carefully crafted lyrics need a bit of study; their message is often multi layered and complex.

There is a great deal of variety on this album, with several traditional art forms used as the basis for more modern sounding songs. The opening track Veesik for the Broch uses an old Shetland form that drones behind the vocals. Mother This Land Won’t Hold Me builds from an unaccompanied ballad, sung with only a wind sound representing the remote location. The Maritime Line has a nautical air, slow and haunting.

The Ballad of Cootehill is a real highlight. This true account of Lamb’s attempt to visit his mother’s childhood home in County Cavan, Ireland, only to find it long since demolished, is a lovely folk song. The sense of displacement and sadness is very strong in this beautiful tale.

There are also several more contemporary songs that muse on the life of a touring musician. The Streets I Staggered Down has a faster tempo and a bigger sound than many of the start arrangements on the album. The Snow in Kiel tells of travelling through Europe, alone and missing home. Helen’s House sees Lamb wandering into a pub full of Irish musicians and joining in with the session.

The closing track, The Wolf On The Shelf, is an ode to home with a storm in the background. Yet Lamb doesn’t seem to know exactly where home is, just that he feels its lure pulling him. His conclusion, “I am never home, I just have things” is a blunt reminder that possessions are not what make us who we are, and that home is more than just a physical place.

This is an album that will certainly appeal to folk fans, although it is perhaps a little too far from the mainstream for most. But amidst the starkly atmospheric tracks there are also some beautiful ballads and these songs are certainly very accessible. What is not in any doubt is the talent that lies behind the music, both in the way that it sounds and the messages that it conveys.

Venue: I Cannot Sing You Here, But For Songs Of Where
Support Band: Armellodie Records