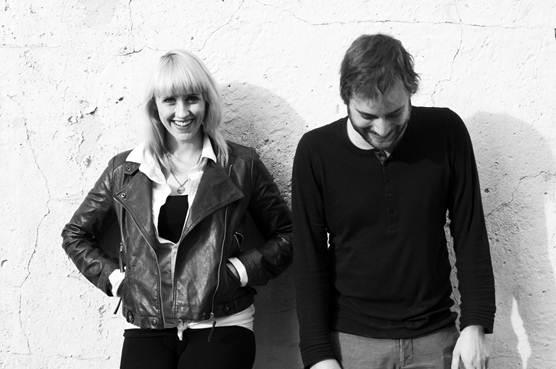 Pitchfork faves Dungeonesse have premiered their new video for “Nightlight” today with Stereogum.

Director Ariana Natale has created a dreamworld full of magical jellyfish that bloom and glow while “Nightlight” pulses and trembles along.

Jenn Wasner (Wye Oak, Flock of Dimes) and Jon Ehrens (White Life) new collaboration has been kicking up quite a fuss lately and of the video, Wasner says, “‘Nightlight’ is one of the most bittersweet songs on the record for me. It’s about the kind of heartbreak that finds you even once you think you’ve escaped it–the kind that keeps you up at night, agonizing over those little things you can’t forget.“

“I had such a great time working with Ariana and her crew–envisioning the bleary-eyed, sleep-deprived fantasy world that exists in the space between waking and sleeping, where dreams and reality overlap and eventually become one.“

Dungeonesse’s remarkable self-titled debut album is out now on Secretly Canadian. The band has already garnered praise from a wide variety of outlets.