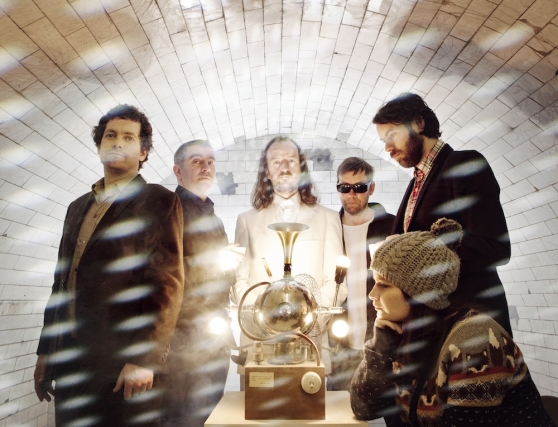 With their new album ‘Turbines’ out this coming Monday June 17th through Full Time Hobby, Tunng have revealed a new video for single ‘The Village’.

The video serves to further explore the fantasy setting Mike Lindsay & co have created for this remarkable new record. “We knew that to take things to the next level we needed to get close and create our own intense community, locked in the studio” he says of the album.

“It was as if we created our own imagined village where we could debate, collaborate, explore possibilities and choose the right way forward. This way we were forced to re-examine our relationships with Tunng, with the music and with each other – a completely different process from how we’ve recorded in the past. By the end of the sessions we knew every lane and alley of that village, every house and all the people in them.”

This week the band have also seen the new record make it’s debut online with a seal of approval from the New York Times. Listeners can stream the album in full here.