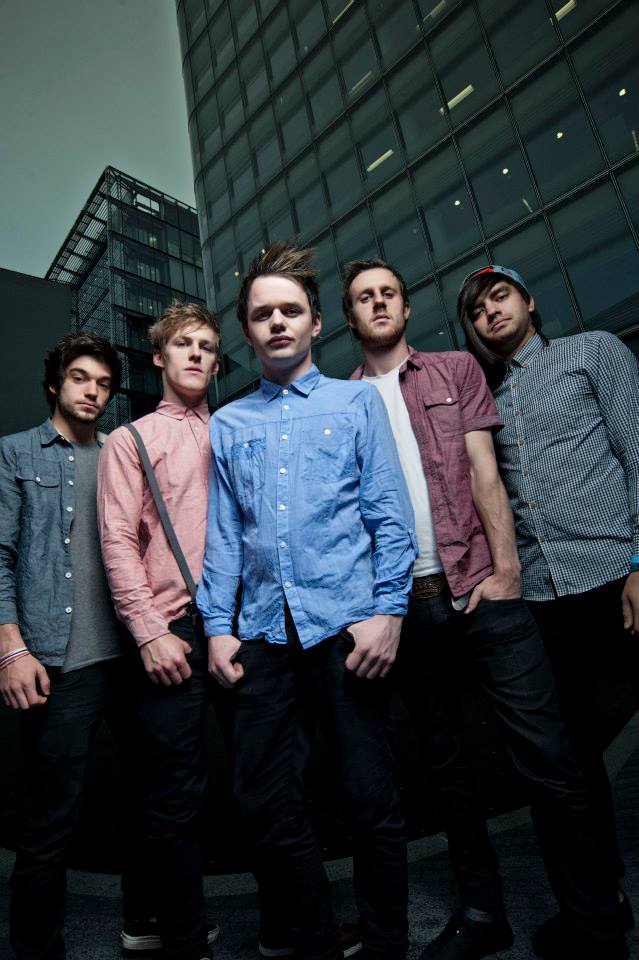 Our reporter Zoe Edwards continues her interview series from Takedown Festival as she catches up with Josh and Kristen from I Divide.

How long have you guys been together? Not long I hear?

Your last release came out around 2011 – are you working on new stuff?

Kristen – We’re recording an album at the moment, which is going well. We’re loving it, it sounds awesome. Hopefully we’re going to release that at the end of this year.

Josh – We’ve actually just taken a day off to come down to the festival today, we’ve been in the studio for a couple of weeks and we’ve got another week to go. It’s sounding amazing!

And are you enjoying the recording process?

Kristen – I’m losing my mind a bit now actually, I’ve done my bass part and now I’m just waiting around watching everyone else do their parts now really! A bit of cabin fever.

So you’ve done it all bit by bit?

Kristen – Yeah but it’s nice to see the songs growing and progressing!

Exactly! So tell me what have you guys been up to since the last release?

Josh – We’ve been really busy actually! We played festivals all through last year, we toured with Fei Comodo on their last headline tour, did some headline tours, toured with some great bands like Violet, Arms of Atlas and Pavilions…we did a tour with Funeral For A Friends, we did the Ourzone tour…loads!

Wow you have been really busy! I don’t even know how you can fit all that into a couple of years….

Good though! Talk to me about the Redbull Bedroom Jam….

Josh – Ummm so the Redbull Bedroom Jam was a competition that loads of bands around the UK entered, uploaded a video onto their website, and they go up and down the ‘buzz chart’ depending on things like youtube views, shares, likes and all that stuff. We got down to the final 8 which was great, this meant we then got to play festivals like slam dunk. We got through to the final 3. The whole thing was just a really good experience I guess and they did all kinds of little bits like photoshoots for us as part of this. We played the live final and managed to win it somehow! They helped us make last year busy which was wicked, and we’re looking forward to doing more of the same this year.

I want to talk to you about rock music at the moment – good time to be in a band?

Kristen – I think it’s picking up a little bit – I was doubting it like 2 years ago. Dub step and all that stuff is massive now so I was a little worried – it’s getting there now!

Josh – More radio stations like radio 1 are picking up on rock music now and play listing it. You’re hearing a lot of UK rock being played which is wicked really! Because I think rock was always a bit underground before, the airplay is sort of ‘educating the masses’ a little bit, people who only listen to radio one and wouldn’t have heard it otherwise. It adds in a level of variety.

Kristen – Festivals as well, bands like bring me the horizon are playing main stage now.

I’m excited about it!

Josh – I’m excited about it!

It is exciting! People like the same music as me again, I can have friends! So quickly – 2013, what’s coming up?

Josh – So we’ve got our album hopefully coming out, we’re opening the second stage on the Saturday at Download festival…we’re really looking forward to that! Then playing as many festivals as possible…and once the album comes out, touring like….

Wow, amazing – don’t forget to sleep a bit though guys, a few square meals…keep healthy and keep on smashing it! Good luck for the rest of the year!