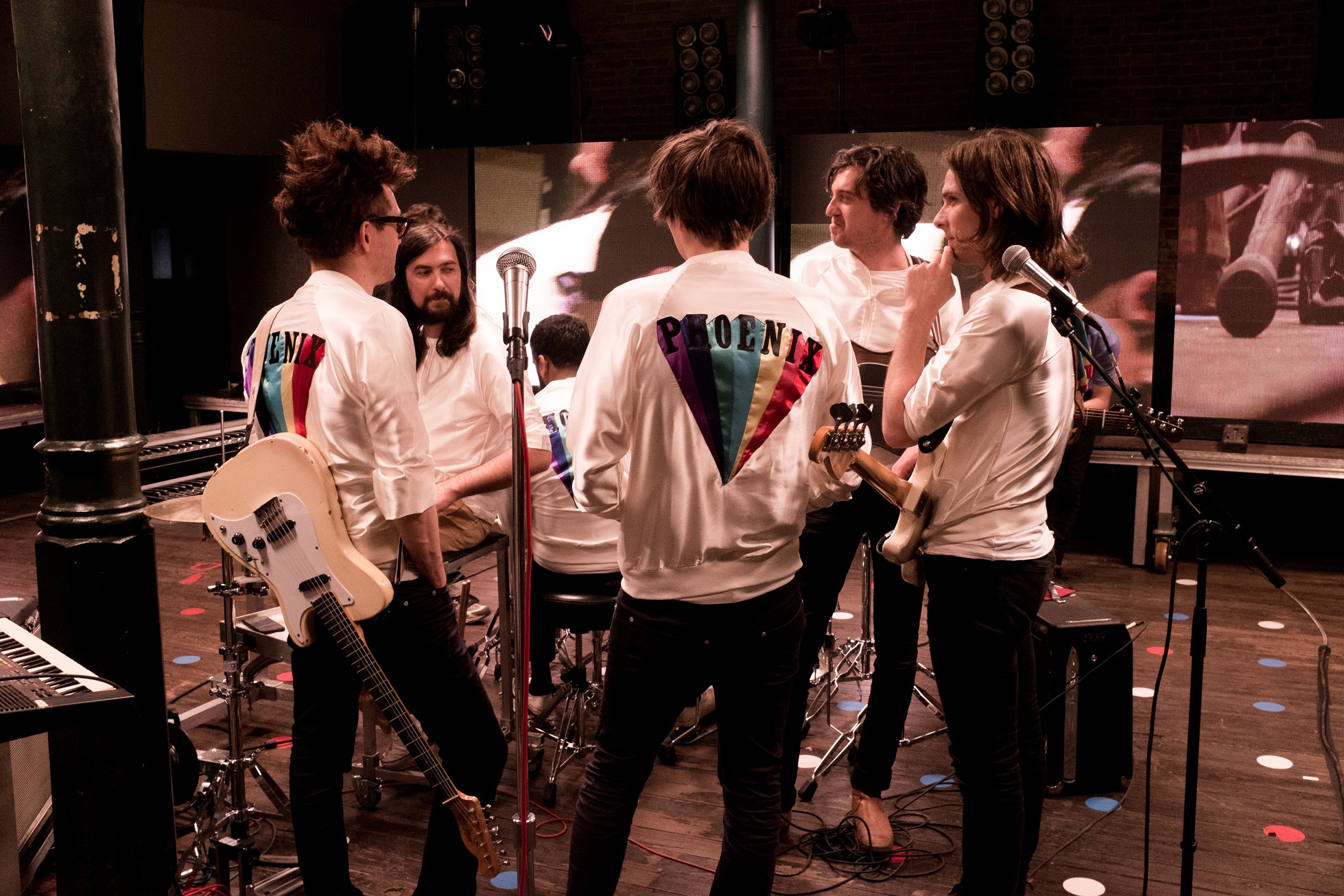 Phoenix Share Concept Video For Trying To Be Cool

Phoenix have premiered the video for “Trying To Be Cool,” the second single from the band’s critically acclaimed fifth album, Bankrupt!, out now on Glassnote/Atlantic Records UK.

The video, made in conjunction with The Creators Project (a partnership between Intel and Vice), was directed by the CANADA collective, and was filmed entirely live in full takes of the song.

In addition to a live performance of the track by the band, the video also sees two film crews tackling the impressive task of continuously swapping shots every twenty-five seconds. While one camera shoots, the other prepares the next shot; like a relay race, the cameras must pass the baton to each other to begin the next shot once twenty-five seconds are up.