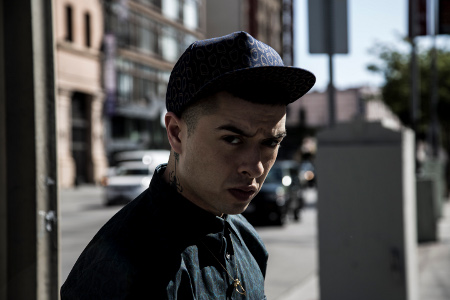 London based MC and poet iTCH has unveiled a stripped back spoken-word video of his track ‘Life Is Poetry’. A powerful reminder of his lyrical prowess, the video was recently premiered by Clash and also be viewed on iTCH’s YouTube channel.

His forthcoming single ‘Best Shot’ showcases the full force of iTCH’s sound, which incorporates elements of hip-hop, punk, electro, dubstep and pop. The video for ‘Best Shot’, which has currently been viewed over 75,000 times, can be seen on iTCH’s VEVO channel. The single is released on 29th July digitally and on limited edition 7” vinyl, through Red Bull Records.

iTCH is currently touring American as part of the Warped Tour, before returning to the UK to perform on the BBC 1Xtra stage at this year’s Reading and Leeds festivals.