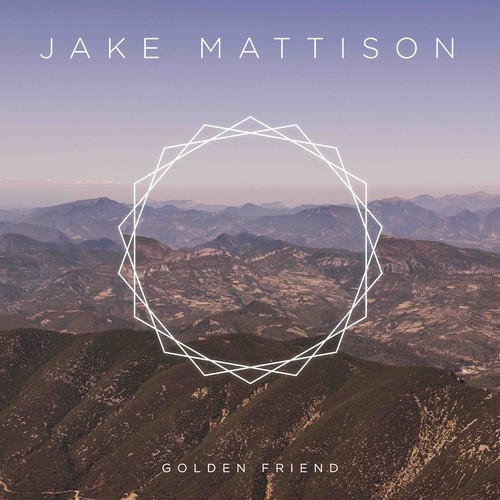 Mancunian singer songwriter Jake Mattison releases his three track Golden friend EP on 15 July on Hallelujah Freedom. His music is smooth, the songs considered and intelligent, and his voice has a warmth and a deep tone that comforts.

Jake Mattison is an interesting character, to say the least. A former professional boxer with an impressive record (38 wins in 43 fights) and market stall trader, he has also written songs for Simon Cowell’s Syco label and toured with Emile Sande. And he is partially deaf too. Following on from debut single Sorrow, this EP builds towards Mattison’s debut album, which is expected later this year.

Golden Friend shows Mattison’s rich voice at its best. The song is mellow, the layers of guitar giving the platform for his vocals to shine. An ode to the sun, the track is quite simple really, just vocals with a slight echo over folk guitar. But it works well and when Mattison extends his voice there is a feeling of restrained power, as if he has much more to give but doesn’t really need it here.

Michigan has a lovely melodic acoustic guitar intro that shows there is more to Jake Mattison that simple strumming. This one has an alt-country feel with more expansive vocals and the slightly faster pace allows him to show a good vocal range. Final track Idle Protest feels rather different, telling of the harshness of army live in more strident tones. Again the vocal strength and depth allows Mattison to carry the song well.

Jake Mattison shows in these three tracks that he has a lot to offer. His easy listening style has a simplicity that allows his vocals to dominate, and he has the voice to carry it off. I’m looking forward to hearing what else he has to show us.