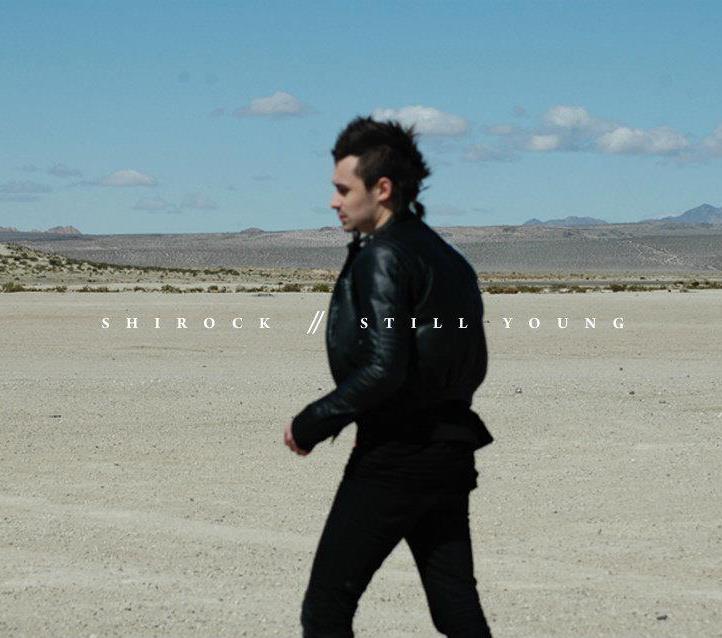 Produced by Jay Ruston, who has also worked with The Donnas, Everclear, Matisyahu, and Cold War Kids, ‘Everything Burns’ is filled with bold, anthemic songs that bristle with restless urgency and passionate optimism. The sound might be grand and expansive, but underneath the soaring arrangements is a singer/songwriter album at heart. It’s something you can hear not only in the sonics – the sweeping melodies, the textured layers of guitars and keyboards, and Chuck’s fervent vocals – but also in the lyrics, which are rooted in the personal, political, and spiritual, all of which combine to create a tension that allows the songs to feel both personal and universal. ‘Everything Burns’

Since meeting in high school Pap and Chuck Shirock have made being independent an art form. Before even releasing a note they launched a clothing range, Irock clothing – “designing the Irock clothing has been another creative outlet and vehicle for the ideas in our music” explains Pap; a not-for-profit organisation Everything Burns which aims to encourage and equip young people to “live for things that matter; seen their music featured across American TV networks (including MTV, ABC and NBC) and became the first independent band to release a CD in Hollister Co. stores across America. They subsequently partnered with the band’s manager to launch The Movement Group, a home for all Shirock’s activities including the band’s independent label. A collaboration between the label and Sony, RED Distribution and Creative Entertainment raised the exposure of Shirock’s debut album ‘Everything Burns’ to a new level.

The video for ‘Still Young’ was premiered in American Eagle Outfitters stores, coinciding with Pap modelling for the label which saw her featured on NYC Times Square billboards and in both GQ and Elle Magazines. Following acclaimed tours across America, including 150 shows on high schools campuses, autumn 2012 saw them turn their gaze east and in October they performed a short run of UK dates and online sessions including Balcony TV & Gibson On The Sofa and were supported by XFM and Planet Rock.

Now Shirock gear up for the UK release of ‘Everything Burns’ in August following the release of ‘Still Young’ a song about “trying to find hope when all we felt was doubt and uncertainty – it’s about feeling overwhelmed by the pressures of big ideas and passing time, but realising that as long as we are alive there is still a chance to make a difference”, explains Chuck.

“So excited to be finally bringing our music to the UK – the home of so much of our favojrite music and inspiration. We can’t wait to get back over for some live shows and feel the intense and particular energy of UK audiences” Chuck Shirock