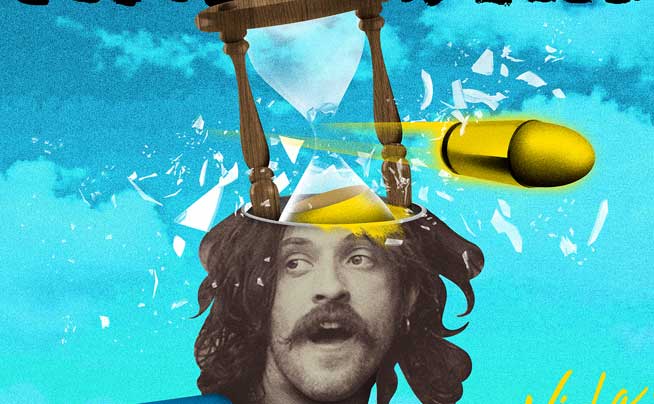 I first heard Gogol Bordello when ‘Start Wearing Purple’ appeared on a Warped Tour compilation back in 2005. We used to play it on the acoustic guitar when we were drunk at parties; I was never so concerned with the influence of Eastern European music in American culture nor the exploration of the metaphysical barriers within us all. I was just interested in partying and having a good time and if there’s going to be one band that aids that its Gogol Bordello. Does that put me in a less enlightened and intelligent box than some fans of Gogol? Well maybe, but I’m just following the rules.

‘Where is the vodka, where is marinated herring? Where is the musicians that got the taste? Where’s the supply that’s gonna last three days?’

Gogol Bordello is made up of a troupe of international musicians (not just Ukrainian, which is often cited) who each bring their own flair to the band and as members come and go that flair evolves in its own worldliness. Not to mention that this band are well known travellers with an extensive tour and festival catalogue and varying home bases. So what have Gogol Bordello got for us this time around with Pura Vida Conspiracy?

If you’re already a fan of Gogol Bordello then there is no need to worry about Pura Vida Conspiracy. Taking its name from the Portuguese translation of ‘Pure Life Conspiracy’ it sounds like every Gogol album should sound. It’s fast paced, pulsating gypsy rhythm gets your foot tapping immediately with opening track ‘We Rise Again’ aptly named, serving as a reminder of what to expect from this band. Laced with immaculate guitar tone and swooping violin, it’s the perfect start to an overdue album.

To reiterate, it is indeed like every Gogol album should sound and that’s because of subtle yet enhancing changes to their musical compositions. Although it may seem almost identical to the chaos that previously ensued when hitting the play button, you can sense there is more thought put into the arrangement. Instruments no longer compete with each other and are woven together with thought out and subtle intricacies.

I wouldn’t begin to describe this album as Gypsy Punk; I think that would be a disservice to its overwhelmingly attractive folk presence. Becoming more controlled in their musical presence has moved them from passionate chaos to ordered social art. It’s most certainly not a bad thing and I wouldn’t ever suggest that the change was intentional, but with so much folk music working its way around it’s not a bad time to lean into the genre.

Lyrically this album has the same underlying political and social messages that you would expect from Eugene Hütz – albeit masked amongst expert storytelling, humour and unconventional imagery. This is displayed beautifully on what is my personal favourite track on the record ‘Name Your Ship’ which depicts a somewhat obvious political jibe amongst a piratic theme.

Pura Vida Conspiracy is up there with the best Gogol albums. Somewhat grown in themselves yet not leaving the humour, fun and fast paced frolics behind, it is an incredibly engrossing and distracting album that with have you dancing around your listening space of choice before you know it. The best part of this album is the fact that as soon as it finishes you can bet your life that they have no intentions of slowing down.