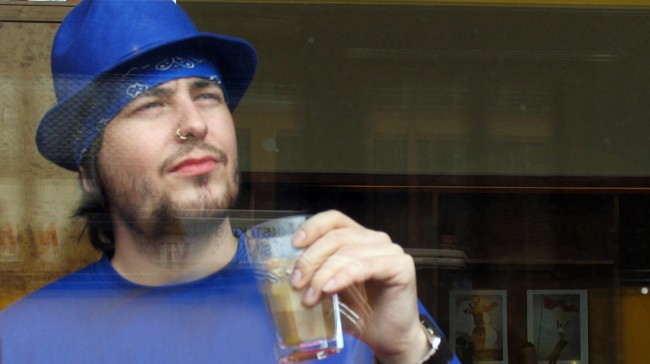 Ralph Myers Takes A Look At The World With New Video

After success with music for both adverts and film, Myerz received an invite to work with Rappers like Snoop and ASAP Rocky in the USA and Canada and has since gone from strength to strength.

15 years on from the Bergen music scene explosion which saw him joined by Røyksopp and Annie (who features in the new single) Myerz explains how he came up with a concept for album number three of bringing all the artists he had worked with past and present together:

“When I put this album together I wanted to have all the people I had visualised in my mind that would suit each track perfectly, and I instantly knew when the instrumental for Do The Damn Thang was finished I had to have Snoop & George Clinton on it.

Snoops crew ‘The Dogg Pound’ had already been in my studio in Bergen, Norway recording music so they already liked a lot of my music and had heard a lot of the other tracks that were going on the album, so it was actually quite easy to get it done. Since I already had a connection to Snoop’s crew ‘The Dogg Pound’ I basically just asked them ! People like George Clinton followed on from that.”

‘Taker A Look At The World’ is the first single from the album and includes two stars from Ralphs homeland of Norway, Royksopp on production duties, and ‘Annie’ on vocals.