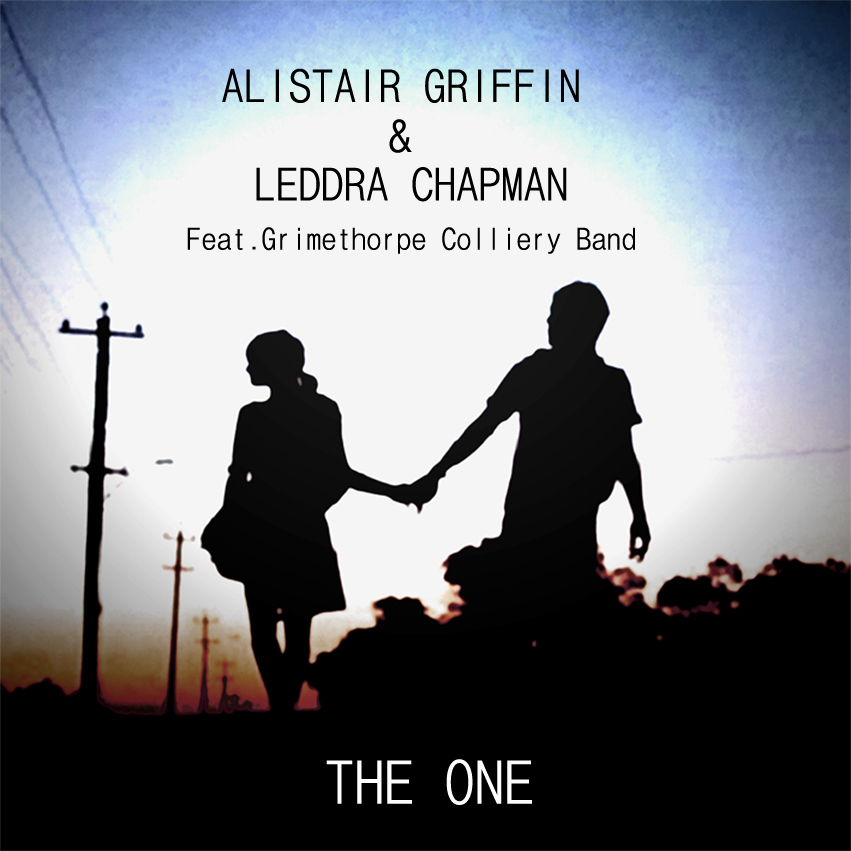 Alistair Griffin’s new single, ‘The One’, is an uplifting and anthemic track, which celebrates British culture and national pride. Used by the BBC to close their coverage of The Open, it fitted seamlessly with their images of the historic golf tournament.

The song not only features the power of the Grimethorpe Colliery Band but also the spectacular vocals of Leddra Chapman, who recently scored a BBC Radio 2 Record of the Week. Chapman brings a haunting folky quality to the song, the first duet by Griffin since his Top 5 hit with Bee Gee Robin Gibb.

Alistair is working with the quintessentially British Grimethorpe Colliery Band [Brassed Off] on a project to help save the band and rejuvenate a dying tradition, after hearing of their financial plight. Bringing together a stellar cast of rock and pop’s finest to produce an album and documentary Alistair aims to help rescue the world’s most famous brass band who are currently battling for survival.

Alistair Griffin’s music is fast becoming the soundtrack to British success, as he pens tune after tune to stir the nation’s heart and soul. With the biggest sports audience since 1966, Andy Murray’s spectacular win at Wimbledon was accompanied by a perfectly pitched Alistair Griffin anthem ‘What If’, composed to match the emotions of the occasion sound tracking the BBC’s montage of Murray’s historic win.

Alistair’s hit track ‘Just Drive’ was also used for the opening credits of the BBC’s Formula One coverage last year and has continued to be used this year. Alistair has also been asked by event organisers Welcome To Yorkshire to write a theme for next year’s Tour De France Grand Depart which is coming to Yorkshire next year.

Music is at the heart of everything that Alistair Griffin does, but it’s also about what the music can do: helping, supporting and inspiring British people and projects. He’s out on tour in the coming weeks with a typically quirky twist. The Foodbank Tour, will see him donate all profits to The Trussell Trust, a network that provides emergency food to people and families in crisis in the UK, and he’s also asking people who attend to bring an item of food with them to directly help stock their local Foodbank.