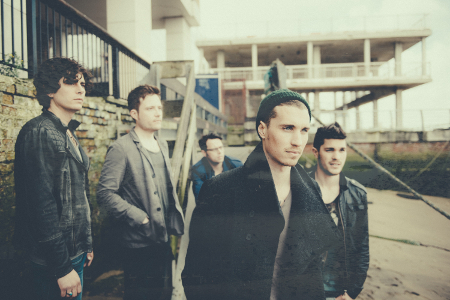 Nottingham’s Falling Off Maps have unveiled the striking and powerful video to their stunning track ‘Honest’. The video, directed by band member Dane Prewett, is the first of three videos to be released by the band over the coming months and ties into one story arc which plays out through the videos in reverse.

Dane says: “Each video can be viewed with its own storyline but the idea for each one to be open ended and evocative appealed to us massively. It gives the viewer a chance to get involved more than if it was just a straight music promo, to be able to draw their own conclusions from what they see.

“Our love of cinema and storytelling and the freedom of taking the music into other mediums is integral to what we do as band. It is evident lyrically through the album, lots of snapshots of lives and stories that have very strong imagery. It just felt right to continue with that through the videos.”

The delicate and precise ‘Honest’ is taken from the bands forthcoming debut album ‘A Seaside Town In Winter’ and perfectly captures the bands penchant of penning spellbinding songs, layered in intricacies.