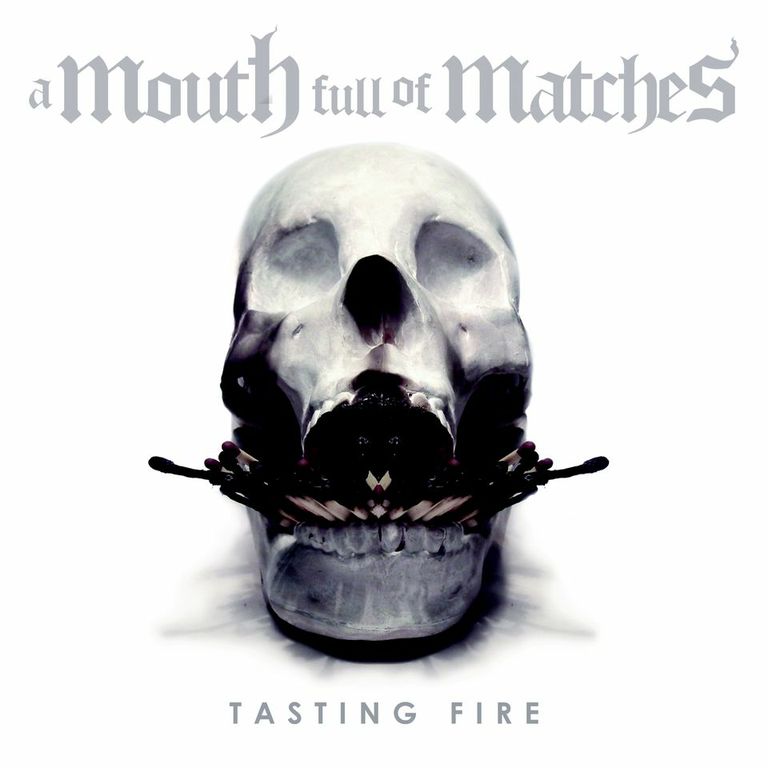 Tasting Fire is the debut EP from new Manchester based rock quintet A Mouth Full Of Matches, who only formed last year. It’s a decent first offering with five tracks of heavy and gritty rock music, although the production is rather muddy in places, burying the vocals behind the instrumentation. But there is also plenty of promise on show from a band who are already building a solid reputation as a live act.

A Mouth Full Of Matches was formed by twin sisters Jane and Helen Hebenton (lead guitar and bass respectively) alongside vocalist Tom Buxton and Mark Holden on rhythm guitar. New drummer Steven Hall rounds out a solid and powerful line up.

Take Me Away begins in gritty fashion, the guitar chords giving a dirty sound as they fade in over a heavy bass line. The chorus has a good punch to it, the anthemic vocals coming through much more strongly than they do in the verses. Lead single Gather Up Your Spine opens with a distorted sound before a solid guitar riff cuts through and the drums pound. This is the pick of the five tracks and the grungy guitar sound rises and falls, allowing the bass to come through strongly. It’s the type of anthemic rock track that is going to sound great when played live.

In The End is a solid rock song, full of power chords and with a simple chorus that sticks in the mind. The penultimate Let’s Burn Beautiful changes direction with a slower intro before the big riffs come in. There’s an atmospheric feel to the song as Buxton’s vocals rise and fall nicely. And Jane Hebenton really shows what she can do with some fine guitar work. Finally, the title track Tasting Fire opens with the crackling of flames before the twin guitars once again establish a solid foundation, although the mix does seem a little out at first – the drums once more almost drowning out the vocals. But there is a strong finish, with the title repeated over more good guitar work to close.

A Mouth Full Of Matches have come a long way in a short period of time. This debut EP gives a good indication of the band’s talents and holds out the hope of much more to come. Musically they have a good solid rock base while Tom Buxton’s vocals are strong and he hits the high notes well. He has the voice to carry the songs if given more opportunity to stand out – and there are places where female harmony vocals would add a lot to the overall sound. I’m looking forward to hearing more from the band.