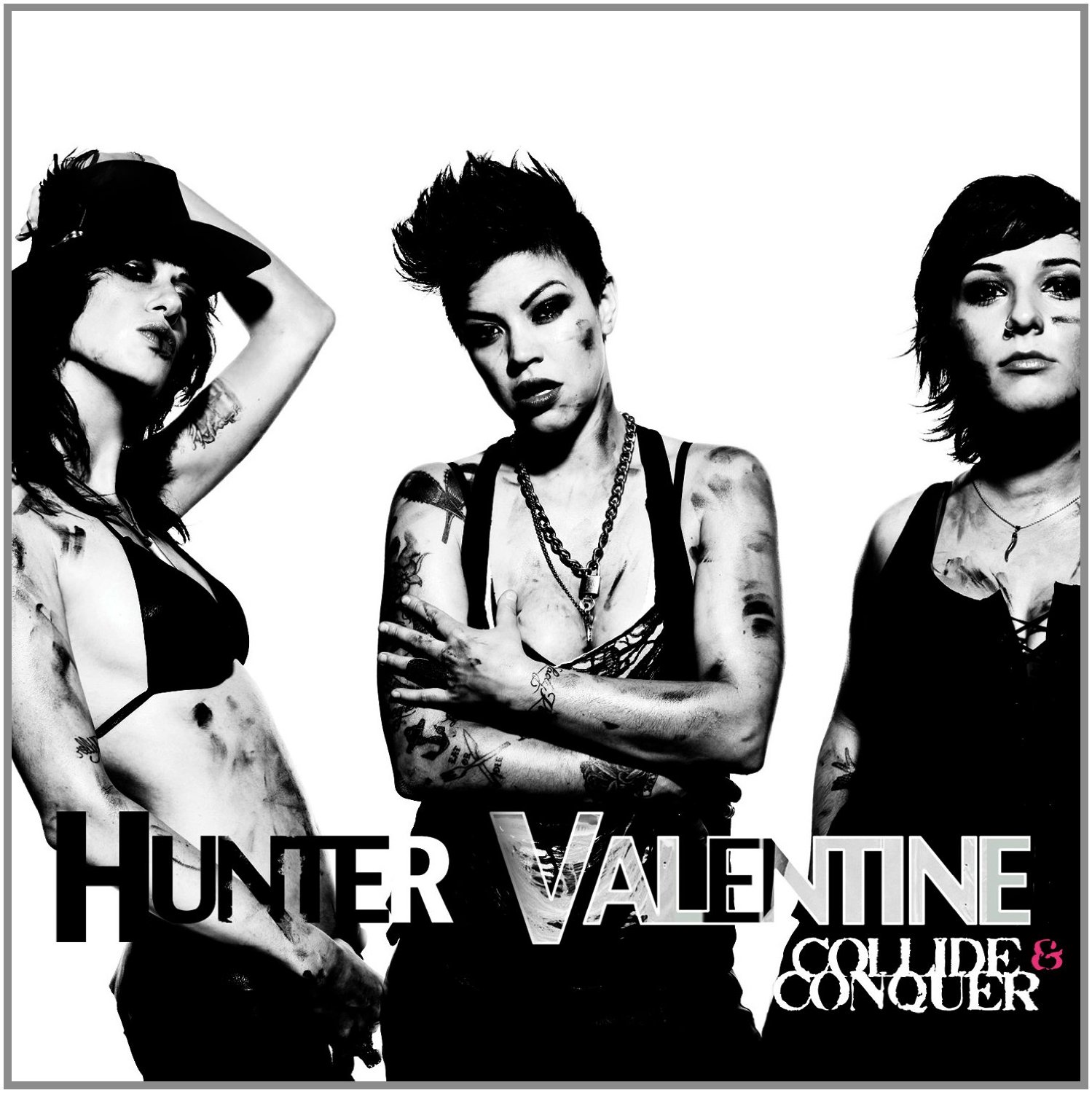 Canadian rockers Hunter Valentine are not by any means a typical girl band. Ok, they are all female but they rock and rock hard, as shown on this fine new album. Collide And Conquer is released by Megaforce on 8 July 2013 and its twelve tracks of emotional rock music have plenty of variety and subtlety, but are always full of heart.

Hunter Valentine came into being in 2004 when lead vocalist and guitarist Kiyomi McCloskey met drummer Laura Petracca. Now based in Brooklyn, Veronica Sanchez on bass completes the trio, with Somer Bingham as a guest adding keyboards to the band’s third full length album. Hunter Valentine have built a reputation as a hard working and exciting live band, as well as starring in American television’s The Real L Word.

Liar Liar opens the album with a classic rock sound that builds from the opening guitar riff. Lonely Crusade has more of a subdued air, full of great bass work and emotions that seethe just under the surface. The Pulse, the first single from the album, has real attitude, its sneering and slightly distorted vocals giving it a dark edge. Crying turns the passion up, slow and intense. And the wonderfully named Little Curse (shit happens) then sets the speed to breakneck with a punk attitude over a jagged keyboard sound. Kyomi screams in frustration, the vocals spat out with venom.

Nowhere To Run builds from a solid drum beat and its defiant and anthemic chorus over heavy guitar makes this a stand out. The Bull Rides Tonight opens with a keyboard burst before fast paced drums and bass join in. A lovely guitar hook backs the vocals, which again have a tone of defiance. Gates Of Hell is another with a punkier sound and faster pace, and features a fine guitar solo.

The album has a very strong finish. The heartfelt Ted’s Collision and Precilla, which has an upbeat feel and some wonderful harmonies over a great bass line, are both good songs. The closing track The Great Canadian Love Song is slow and contrasts nicely with everything that has gone before. It’s a resolution to the emotional journey portrayed throughout the album, and provides a stylish ending.

Collide and Conquer shows everything that is good about Hunter Valentine. The attitude and the swagger are there aplenty, but there is also some great songwriting and fine musicianship on show. The substance is definitely here as well as the style.

Hunter Valentine are currently on tour in the US supporting Cndy Lauper. Let’s hope to see them back in the UK sometime soon.