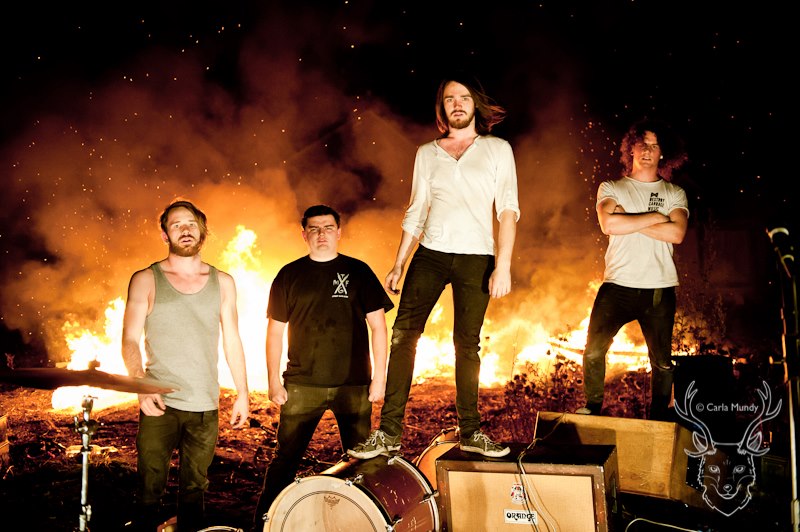 If you don’t like drinking loads of Jagermeister and then sicking it all over a table with your mates, this video probably isn’t for you. The video is an homage/parody to the similarly themed DZ Deathrays video where the two piece drink a bottle of Jagermeister during the song.

Never ones to be outdone, Baby Godzilla set about drinking a whole bottle of Jager each. They don’t really manage to keep it down though.

The track is taken from their forthcoming EP, Knockout Machine.