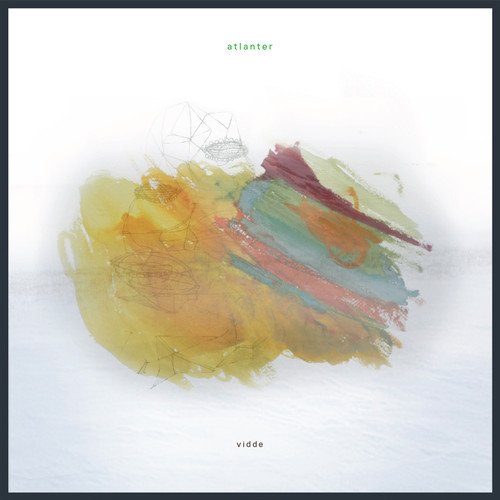 This Norwegian prog rock/ blues album was released last month and kind of slipped past me, so I’m finally getting around to covering it a little later than usual. But it’s an interesting and different album filled with high quality musicianship, so why not?

Atlanter is something of a Norwegian super group, led by Jens Carelius and Arild Hammerø, both of whom have solid reputations for making good music. Their collaboration on this album takes inspiration from desert blues, German krautrock and old time delta blues. The nine tracks on Viddar runs to 45 minutes or so of music, and it is fairly tight stuff, without the long and overindulgent passages that sometimes find their way onto modern blues albums.

The music is, not surprisingly, built around some very fine guitar work. Delicate solos and intertwined melodies feature prominently, and there are plenty of great hooks as well as interesting drum rhythms. The vocal harmonies are good in places, although the rather thin folk style signing sometimes doesn’t quite match the power of the music.

The album’s songs fit together rather nicely, giving it a cohesive feel even though there is a fair amount of variety between the individual tracks. From the opening atmospheric and hypnotic Tree Song through the fiery guitar work on Kactos and the majestic, epic sounding More Juice Than Zeus there is great combination of rhythm and melody. And the closing pairing of the smooth instrumental Ling and the rawer Desert with its spoken intro and touches of country rock end the album nicely.

There are a lot of complex sounds on some of these tracks, and so it’s definitely the type of album that grows on you. On first listen it sounds good in places, but as you get to know the tracks and appreciate the scale of the sound then you really begin to understand its quality. Blues fans will discover seemingly familiar sounds morphing into something very different, while those who simply appreciate good guitar music will enjoy it too.