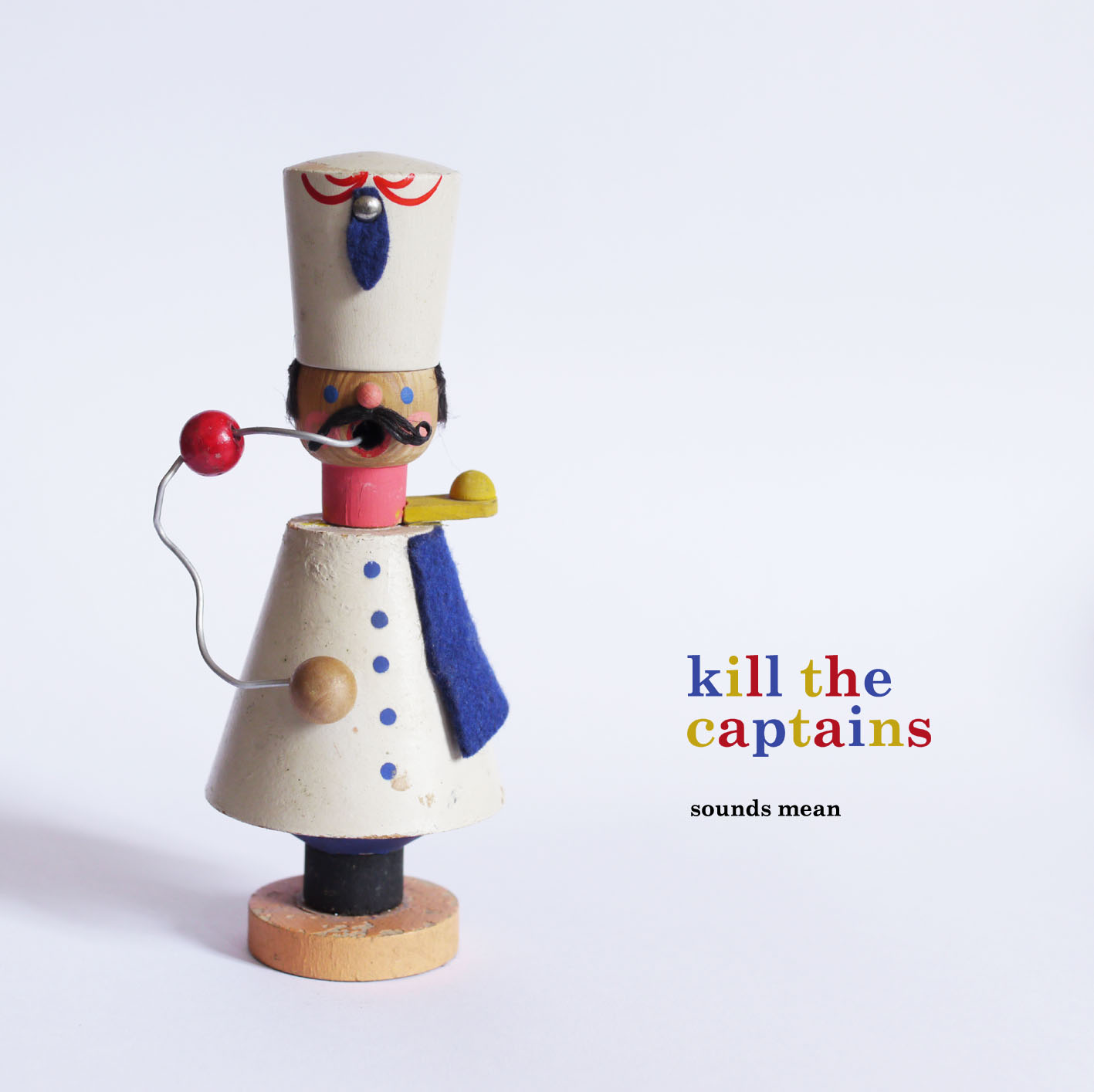 The latest release from Armellodie Records comes from Sheffield’s psychedelic rockers Kill The Captains. Sounds Mean is the second album from a band who have been on something of a hiatus for a year or so, due to line up changes and lead singer Leon Carter becoming a father. The sound is rather difficult to define: psychedelic yet with clear pop influences, bringing in touches of eighties new wave and also harder rocking elements.

It’s an intriguing mixture and there are some undoubted highs amongst the eight tracks, but while there is plenty of invention it doesn’t always quite work. The humorous lyrics are nice, the sometimes strange sounding guitar riffs are generally good, but in places the pace falls and it rather drags.

Opener Umami stars with a lyric that sets an odd tone: “Been sick in my mouth / can’t stand the taste of it / blue cheese and broccoli.” But the story of extravagance that is laid out is very clever and the shimmering guitar together with crooned vocals make this the best track on the album. Lead single Disco Nazi is also very good, a bass driven dance track with a great instrumental intro that tells of overenthusiastic DJs controlling the dance floor. And The Trial, a satire on consumerist attitudes, also works well with its guitar based, almost indie, sound.

The Taking Of is an interesting slower track. Very emotional and with a different, slower vocal style, yet it doesn’t quite fit with the rest of the album. Share The Load has some lovely guitar work from Ric Booth, although the stream of political slogans in the lyrics drags a little. The two guitar rocking out ending makes it worth persevering though. The slower Nowbiter doesn’t work so well though, being a little one paced amongst tracks that rise and fall so well.

Kill The Captains have a sound that is fresh and resists any attempt to fit it into a predefined style, which is a real strength. There is a lot of creativity at work here, with both clever lyrics and interesting melodies on show. Overall the good points of the album definitely more than outweigh its flaws, and it’s always good to see a band doing their own thing.