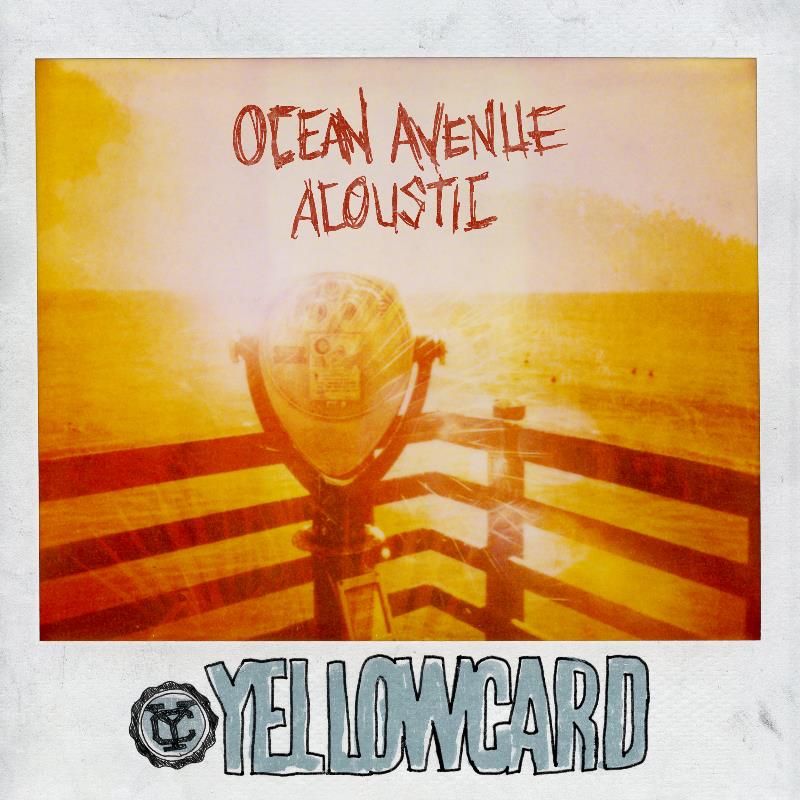 It is ten years since American pop/ punk band Yellowcard released their fourth, and breakthrough, album Ocean Avenue, and to mark the anniversary they wanted to do something special. So they have produced Ocean Avenue Acoustic, a re-imagining of all thirteen tracks in an acoustic setting. And it works very well: these are not just stripped back versions of the familiar songs. Many of them have very different arrangements and take on new life. Even the title track, hit single Ocean Avenue, sounds fresh and different.

Way Away opens the album with real energy. It may be acoustic but it still has the punk attitude and edge of the original. Empty Apartment might just be the best track on the album, a beautiful and heartfelt song, slow and powerful. The vocals here are deeper and smooth, and Sean Mackin’s violin adds great emotion. It feels much more mature than the original.

The fast paced Miles Apart has a lovely simplicity and sounds great, the drumming setting a good tempo without overpowering the track. View From Heaven opens with a banjo taking what was the violin part. Yes, a banjo gives a totally unexpected country style intro before Ryan Key’s vocals come in.

The closing pairing provides a strong ending to the album. The piano led One Year, Six Month is deeply emotional, the vocals delivered well over the prominent violin. Back Home is a fine ballad, with perhaps the best vocal performance on the album on what is really a West coast pop song.

Yellowcard’s many fans may well love this album simply as a collection of re-recordings of some of their favourite songs. But the album is strong enough to stand on its own merits, rather than simply being seen as a curiosity for the faithful. It is well worth checking out if you are a fan of acoustic rock music.