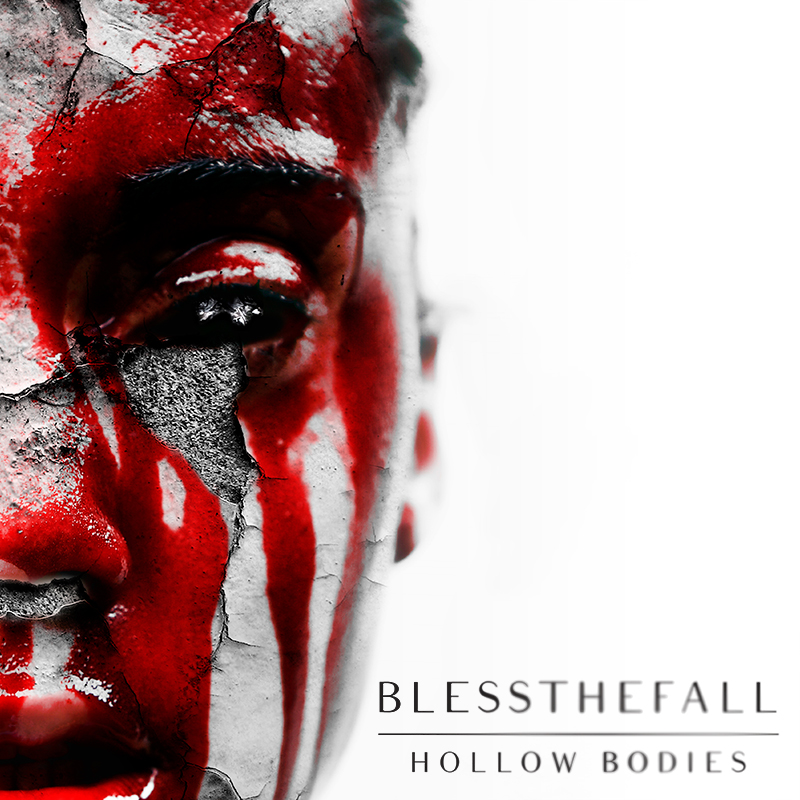 Blessthefall have never really been anything special. Not by any means suggesting that they’re bad; they’ve just never really stood out amongst the recent flood of generic metalcore bands. All preconceptions aside, ‘Hollow Bodies’, the newest studio album from the Arizonian quintet, is by far their best yet – topping their last album, which achieved a Billboard Top 40. Safe to say, Blessthefall have come a very long way since their first release in 2007.

‘Hollow Bodies’ is pretty much what you’d expect from Blessthefall, or any other melodic hardcore band, however, they’ve progressed to create a climatic and haunting sound which is almost reminiscent to the last two Bring Me The Horizon albums. Obviously, there are still plenty of heavy riffs, powerful choruses and intense breakdowns, but there is something extra that really sets this album apart from the others.

‘Hollow Bodies’ definitely has a more stylistic variation. Even ‘See You On The Outside’ gives catchy pop choruses a twist with its dynamic use of piano. However, this album also sticks to its traditional hardcore roots with songs like ‘Young Bloods’ giving out nothing but raw aggression whilst ‘Hollow Bodies’, the title track, provides riffs brutal enough to rival Sempiternal’s Antivist.

Blessthefall have successfully added a new dimension to their classic sound by perfectly complimenting impressive guitar fills with atmospheric electronics which can be seen throughout. The album is arguably weak in parts, but its songs like ‘The Sound Of Starting Over’ and ‘Open Water’ that confirm that this album is their best yet, and will ultimately be a game-changer for this band.