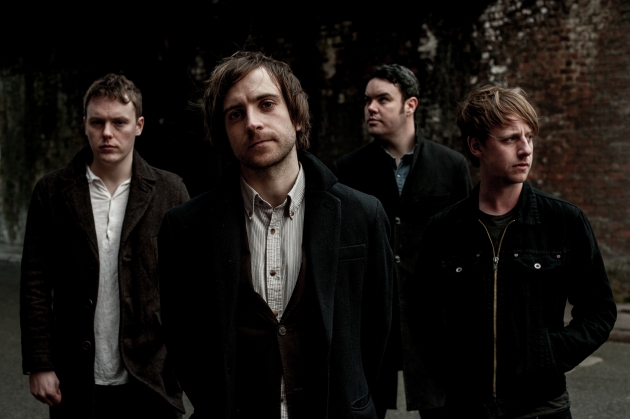 In advance of the release the band have shared the new video for Fort St. Gabriel, which you can watch below.

The album was recorded at Liverpool’s’ Whitewood Studios, with Darren Jones (Echo & The Bunnymen, Maccabees, Clinic, Bill Ryder-Jones) at the mixing desk, and the band combine lyrical inspiration from Tom Waits and Nick Cave, with the dirt, grit and fuzz of Grinderman and thundering basslines of Queens Of The Stone Age to create a hulking, lurching, epic race through alt-pop territory.

The band are also sharing a free download of Clan, taken from the forthcoming release:

Having played at Liverpool Sound City, supported Pinkunoizu and Fang Island, and recorded a session for BBC Radio Merseyside, this is the first step in Clang Boom Stream’s transition from Liverpool’s best kept musical secret to nationally acknowledged noise makers.